Due to my impeccable subconscious planning skills, my first Sunday in India was Palm Sunday! When I picked the dates, I didn’t even think about when Easter was going to fall this year, but I couldn’t have planned it better if I’d tried. How cool to get to spend the most important Christian holiday with believers in another country! It’s going to be fun to see how things are done here and what is different from and the same as the way we do them at home. The differences that you notice right away are that everyone leaves their shoes outside (YESSS! Hooray for more socially acceptable barefoot time!) and the men sit on one side and the women sit on the other. Most importantly though, don’t worry, we still had palm branches to wave around here.

The general format of the service is the same as at home. Here it’s two hours, but at least two hours means two actual hours and not “who knows, maybe four” like in Ghana. Big difference: languages. Since this is such a diverse place, people speak a bunch of different languages. The service is advertised as being in Hindi and Nepali. I’ll be honest – I can’t tell the difference yet, so I couldn’t tell you what parts were in what language.

A couple other differences are that 1.) everyone leaves their shoes outside (YESSS! Hooray for more socially acceptable barefoot time) 2.) the men sit on one side and the women sit on the other

We started out singing, and I’m pretty sure we covered both languages, plus English in the songs. Thankfully, they have a projector and lyrics written in the Hindi/Nepali alphabet (same alphabet, different languages) AND the Latin alphabet, so even when they’re singing a song in a language I don’t speak, I can at least stumble through an attempt to sing along.

They called Andrew and me up to the front so we could be honored as guests and so that I could give a greeting… which consisted of me having no idea what to say and eventually spitting out who knows what. Pastor Daniel also told everyone that I’m Nepali, and most people definitely didn’t realize that it was a joke because they were coming up and speaking Nepali to me after the service. Eek!

Andrew delivered the message for the day, so at least I could understand that. I have a feeling that most of the time, I’m going to be back in the situation of having no idea what’s going on. I don’t think I fully appreciated how nice it was to know some Spanish in Peru. At least I could sort of follow what was happening. Here, the only words I know are hello and thank you which really limits my comprehension.

After church, we had tea and crackers, and I awed the masses (gross exaggeration… I awed maybe three people) with my palm branch cross folding skills. I was super excited because I had a bonding moment with my littlest sister, Anika, as I tried (semi-successfully) to teach her how to do it.

We went on an adventure during the afternoon and stopped at a market in a nearby town. It was similar to markets I’ve been in before, but mostly people had their things spread out on tarps on the ground, and there were tarps strung up overhead to give some escape from the sun. One new thing for me was that everyone who was selling food had scales and weights to determine how much to charge. It was amazing to see it all in action. I love watching people do things with well-practiced hands. It doesn’t matter what it is, but there’s something beautiful about people moving with complete confidence. 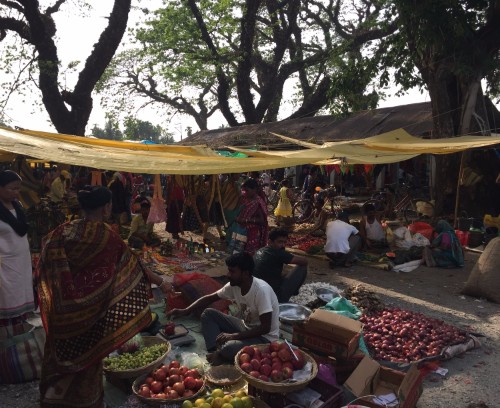 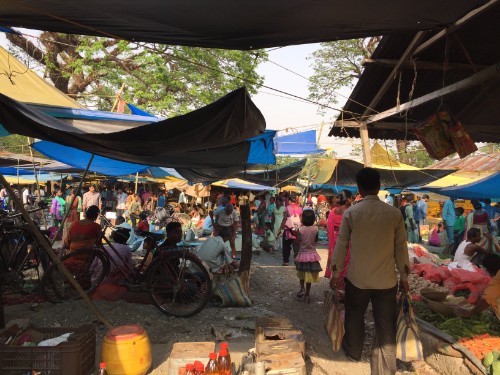