Sorry for the hiatus! After getting back so late on Monday night, last week was super hectic. I felt like I was constantly running and trying in vain to catch up on all of the things I had to get done. I’ll give you more details later, but first I need to finish talking about Artsakh!

I almost feel stupid saying this, but the weirdest thing to me about being in Artsakh was how normal everything felt. It’s a land in limbo, but for most people who live there on the day to day, it’s like living anywhere else. At the same time though, if you pay close enough attention, you can kind of feel a cloud looming overhead. Whether it’s the bombed-out buildings that haven’t been rebuilt yet or the moms crying as they send their 18-year-olds off to their mandatory 2-year military service (that’s the case across Armenia, not just in Artsakh), there are reminders that things aren’t completely as they should be.

Armenian forces eventually captured Shushi in 1992, and that city was 80% destroyed between the fighting and subsequent looting and burning. In 2002, little clean-up progress had been made, and the city was still mostly in shambles.

Knowing all of THAT makes visiting Shushi and Stepanakert even more interesting. Now, they look like cities, and nice ones at that. There are still places where you can see damage, but there are way more places where you can see buildings that have been reconstructed. The cities were previously populated with Armenians and Azerbaijanis, so obviously there weren’t even enough people to fill them for a while. They’ve slowly been moving people and repopulating and rebuilding the cities. To me, the progress looked pretty impressive. Then, at the same time, it’s weird because you have to remind yourself that even though all of these cities are being rebuilt, the war technically isn’t over.

We also had the chance to visit a military base, and that was definitely a reminder that there’s a war going on. The volunteers used to get to visit the front lines on the border, but there was some fighting last April (the Four Day War) and that part of the trip has been nixed since then. It was interesting to see the contrast between the base, where obviously the main thing people are thinking about is the war, and the cities, where it feels so easy to pretend that everything is normal.

Like I said, there is still a heaviness that you can feel if you pay close enough attention. Probably everyone has a relative who is serving in the army, and even though there’s a cease fire and no constant, active fighting, that doesn’t mean nothing ever happens. From what I’ve heard, it seems like breaches of the cease fire are not infrequent.

We did a “wine mob” in Stepanakert which means that you split into groups, take a bottle of wine, and knock on people’s doors asking if they want to drink wine with you. Everyone came back with something interesting to say, and some hilarious examples of Armenian hospitality. For my group, even that activity ended up with military connections. We found ourselves in the apartment of a pregnant woman and her two kids (who all obviously didn’t drink any wine) because they were some of the first people we found who owned a corkscrew. Her husband is in the military, and we lucked out and got to meet him when he came home from work a few minutes before we had to leave. Seeing him interact with their kids was awesome, and their reactions were heartbreaking when the fact came up that he’s going away soon for a few weeks for work. For them, the war is very real.

One of the hardest parts (emotionally) of the trip was a visit to the Fallen Soldier’s Museum in Stepanakert. The museum is just rooms and rooms of framed pictures of the soldiers who lost their lives fighting for Nagorno-Karabakh. Looking at the pictures and knowing that each one of them had parents or wives or kids who had to go on without them was almost enough to make me lose it. There’s a wedding dress and a suit that were never used because the groom-to-be was killed before the wedding day.

I think that war is one of those things that people like to think about with a censored mind. Like you think about some parts of it but don’t let yourself even begin to fully register what it means because it’s too horrible. Deaths are reported as numbers because that’s easier to take, rather than thinking about each number as a person who is leaving behind a family and friends and people who will never feel the same again. And even though the enemy is the enemy, they’re people too, and they have loved ones who care about them and would do anything for them to come home safely. And now I’m getting upset, and that’s exactly why we don’t like to think about these things.

In all parts of my life recently, I’ve been trying to do a better job of seeing things from all sides and with an unbiased mind. It’s a hard thing to do, but I think I’ve been slowly improving. A lot of times, even if you don’t agree with the “opposing” side, at least you can somewhat understand why they feel the way they do and see them as people instead of faceless enemies. With this war, I can definitely understand both sides, and even though I think that’s good for me, it makes thinking about the situation even more upsetting because I don’t see any potential for a compromised end. War on its own is bad enough, but endless war… talk about depressing. 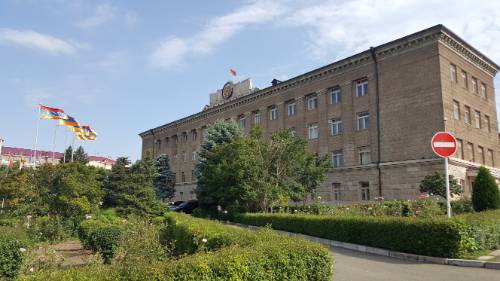