I’ve been trying not to fall into the trap of feeling like I have so much longer to spend in Armenia and getting less aggressive with the sightseeing. I definitely have been failing a little bit, and we’re going to put some of the blame on the cold weather. That’s not much of an excuse though because there are so many things to see within Yerevan that I barely have to go anywhere to see or do something new.

One Saturday, one of my friends, Tara, asked me if I wanted to go with her to the Sergei Parajanov museum. I didn’t know much about him or about the museum, but I knew that some of my friends had been there before and enjoyed it, so why not? We got there close to closing time but had just enough time to do a tour, and that ended up being a fantastic decision. It seems like that’s kind of a theme here. In a lot of places, I think that you can do just fine in a museum without a tour guide, but there are so many museums that I’ve been to here where your experience is made at least 50x better by going on a tour. Maybe it’s a language thing because there aren’t as many English descriptions of things, but I also think they just do a good job with the tours in general.

Sergei Parajanov was an Armenian director and artist who was alive during the Soviet years. He was born in Georgia to Armenian parents, so if anyone tries to tell you he’s Georgian, ignore them! HE’S ARMENIAN. His given name was Sarkis Parajanyants, and what could be more Armenian than that??

Parajanov was born in 1924 and studied a variety of creative arts including voice, violin, and ballet before finally going to film school. His life was filled with plenty of struggles. In 1948, he was imprisoned for 7 months on homosexual charges. In 1951, he married a Muslim Tatar girl who was murdered within the year by her relatives for marrying outside of her religion. He married again in 1955, at age 31, to a 17-year-old, and they had one child in 1958 before divorcing in 1962.

Since he was working during Soviet years, everything he did had to be approved by the authorities. In order for him to create a film, he had to get funding from the government. He started directing films in 1954 and released his first film that achieved worldwide fame in 1964, Shadows of Forgotten Ancestors.  After its release, he was blacklisted by the government for “supporting Ukrainian nationalists”. This put his other projects in jeopardy. His next influential film, The Color of Pomegranates, was released in 1969 and tells the story of Sayat Nova. This film was re-cut by the authorities before its release, and he was punished for speaking out and criticizing Soviet cinema. After that, his projects were all rejected.

In 1973, he was arrested again and sentenced to five years in a Ukrainian prison. People protested internationally, and despite the dangers associated with protesting within the Soviet Union, some people spoke out there as well. He was released after four years and wasn’t allowed to create more films, so he used his creative energy to make collages which he called compressed films. In 1982, he was imprisoned AGAIN, this time for 10 months on bribery charges.

Finally, in 1984, he was allowed to create another film. He was even allowed to leave the Soviet Union, and he attended an international film festival in the Netherlands where he won an award. He was in the middle of working on an autobiographical project when he was diagnosed with lung cancer and died in 1990, right around the collapse of the Soviet Union and at the age of 66. He is considered a genius, and it is unfortunate that he was never able to create free from the constraints of the Soviet system.

The Yerevan museum is in a house that was intended for him, but he passed away before ever living there. It’s filled with a ton of his collages, and they are hilarious. He was one of those people who, if you ever left anything at his house or unattended for a second, you could expect to come back and find it irreversibly altered. He wouldn’t apologize but rather would tell you that he improved it. 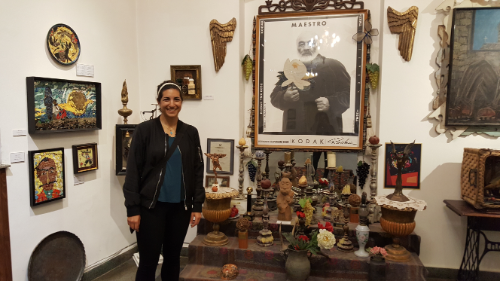 There was one collage that the base was a piece of art that was given to him by a friend. Parajanov, of course, thought that it could be better, and so he took it upon himself to improve it. Can you imagine giving someone a painting as a gift and then coming back and seeing that they glued stuff all over it? Or there was another one where he took a cane (that someone left at his house maybe?) and integrated it into a collage.

He also used an incredible quantity of baby doll heads. Pretty much all of his art is made from things that he found, but Tara and I were amused anyway at the thought of him going to a toy store, looking at the dolls, and picking one out, thinking, “Ah, yes! This is precisely the type of doll head I need for my next work!” Sometimes things don’t have to be true for them to be funny.

I think Tara and I laughed through about 90% of the tour. Parajanov was a funny dude, and our tour guide was also awesome. Sometimes, our guide would explain something, and we would both just look at him like, “You have to be kidding…” For example, there was a glass collage in the shape of a flower, and he said that since flowers are smell good, Parajanov stuck a perfume bottle in the corner of the collage. Almost painfully literal.

There is a bunch of stuff that he created while he was in prison, including dolls, collages, and sketches. Even with incredibly limited resources and resistance from the prison guards, he still kept making things. It’s actually pretty amazing that so many of his creations survived.

The best part of the whole museum is his Mona Lisa collages. The actual Mona Lisa is, in the opinion of some people, kind of overrated. I don’t know what Parajanov thought of it, but I do know at least that he thought he could make it better. In my opinion, he definitely did. He made a whole series of different Mona Lisas, and they’re all beyond awesome. When we walked into the room with them, Tara called my name and just pointed at the wall… and the second I looked, I completely lost it. They are hilarious. Like this guy was a total genius. Imagine looking at one of the most celebrated works of art and thinking, “That’s nice, I could make it even nicer.” And then he did. Eleven times. 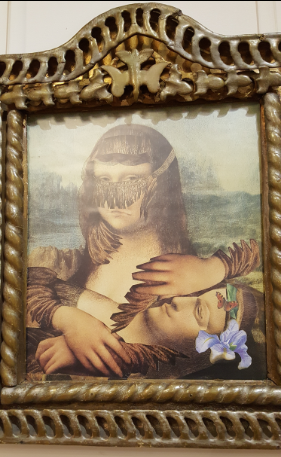 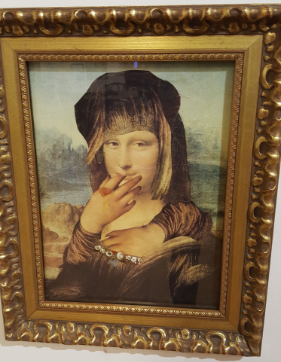 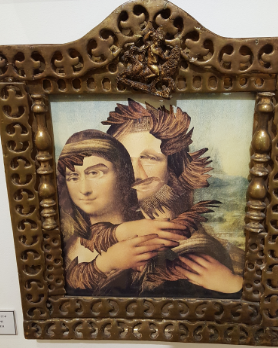 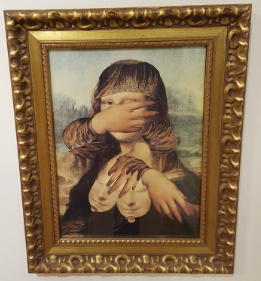 His work is wacky and weird and ego-filled, and I loved it. Tara had a cool story about him too. Her parents got married in Armenia, and afterwards, they went to Georgia for part of their honeymoon. When they were in Tbilisi, they just asked around until they found where he lived, and they MET him! They were with another couple who had also just gotten married, and Parajanov quickly whipped up some earrings for the two women as wedding presents. How cool is that?!?!

If you’re ever in Yerevan and you have the time, you MUST go to this museum. Seriously, it’s one of the best ones I’ve been to in Armenia. I think you can also watch his films on Youtube if you’re interested. I haven’t gotten around to watching any of them yet, but they’re on my list.