Sarah left on Thursday, and I started the Birthright program the same day. It was definitely a bummer to see her leave, but I’m just happy that we were able to spend as much time as we did together. Plus, with all of that time to get my bearings, I felt ready to face whatever came next. At least I felt like I had SOME clue about what was happening around me, so rather than having a million new things to process at once, I got a few out of the way ahead of time.

Basically, the entire day was spent in orientation. I won’t bore you with the details that are completely irrelevant to you, but there was one section that I found particularly interesting. We got a crash course in recent Armenian history which is something, I’m embarrassed to say, I didn’t know a lot about. It was very helpful in understanding why Armenia is the way it is today, and after seeing how much the country has changed in recent years, I thought it was exciting. Ready for a little recent Armenian history crash course? (Just remember that I’m not a historian, so this is me doing my best. If I messed up, corrections are encouraged.) 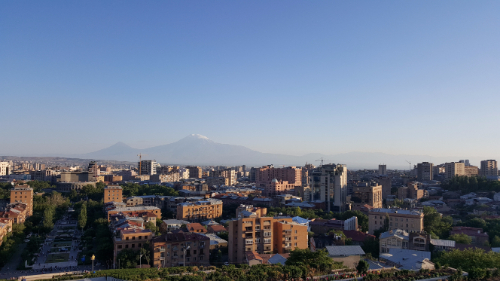 Armenia was part of the Soviet Union from 1920-1991. For much of that time, Armenia was very loyal and managed to do quite well under Soviet rule. This is also how Armenia got its current borders; they were determined by the Soviet Union. In 1988, things started to go downhill, and Armenians become disillusioned with the Soviet government. This was mostly due to the territories of Nagorno-Karabakh and Nakhichevan, both historically Armenian territories. Nakhichevan was populated by a majority Azerbaijanis, and it was declared an autonomous region under Azerbaijani jurisdiction by the Soviet Union. The Azerbaijanis then forced out most of the Armenian population in the area. Nagorno-Karabakh, on the other hand, was about 94% Armenian when the Soviets made it part of Azerbaijan. That percentage began reducing, and Armenia petitioned the government to make it officially part of Armenia to protect the Armenian population there and claim the land that was considered rightfully Armenia’s. The government failed to act, and with the crisis escalating, Armenia lost faith in Soviet rule. 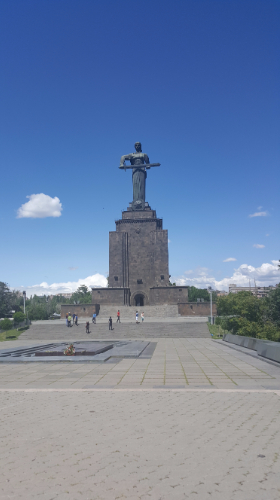 A vote was held in Armenia with 99% of voters electing to leave the Soviet Union, and Armenia declared its independence in September of 1991. This didn’t become internationally recognized until December of that year when the Soviet Union dissolved. So, from the very beginning of independence, Armenia was already involved in a war with Azerbaijan and had to figure out how to build an army without having any money. That was challenge #1. Thousands of Armenians fled into Nagorno-Karabakh from other parts of Azerbaijan, and thousands of Azerbaijanis fled from Armenia. It was like a population swap.

Challenge #2 was a total lack of an economy (hence the no money to build an army). Many Armenians had been employed in Russian factories, and when the Soviet Union ended and no one wanted those goods anymore, a lot of people lost their jobs. Many Armenians left the country due to this. 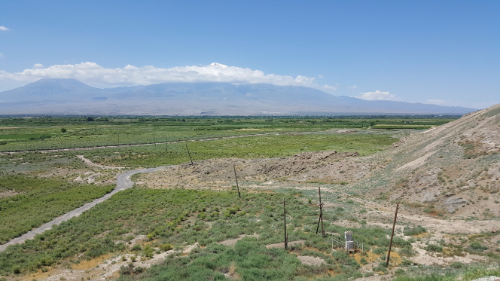 Challenge #3 was earthquake recovery. There was an earthquake in 1988 that hit the northern part of the country pretty hard. 25,000 people were killed, many were injured, and there was a lot of property damage. There was another massive emigration out of the country due to this and the inability of the government to handle all of the people who were now homeless and the kids who were orphaned. 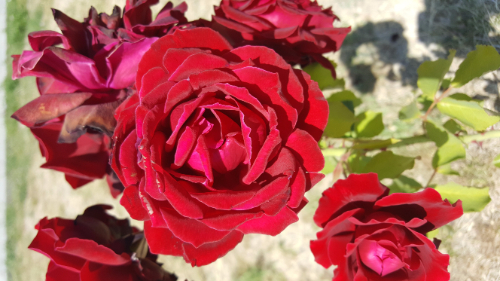 Finally, challenge #4 was directly related to the war with Azerbaijan. Azerbaijan closed down the eastern border of Armenia which led to a huge energy crisis. For 3-4 years, people lived with only 1-2 hours of electricity per day, 90% of the natural gas supply was cut off, and on top of all that, there were food shortages everywhere. Turkey closed the western border of Armenia as well, trying to strengthen their relationship with Azerbaijan. These years became known as the “dark and cold years”, and even more people left the country. 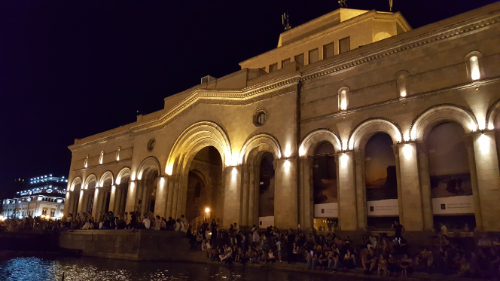 All of these challenges have now been kind of resolved. The war with Azerbaijan is at a bit of a standstill. The Armenian army occupies the region, and Nagorno-Karabakh has declared its independence, but nothing is internationally recognized. A ceasefire was signed in 1994 and has been somewhat followed (there have been a few breaches), but no one has been able to negotiate a peace treaty. 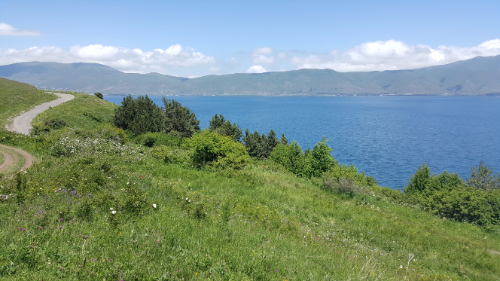 The economy is much improved but obviously still has a long way to go. It’s past the point of trying to survive though, and now the next step is progress and development. There are a lot of initiatives geared towards trying to educate people into IT and engineering-related fields because those are seen as the future. 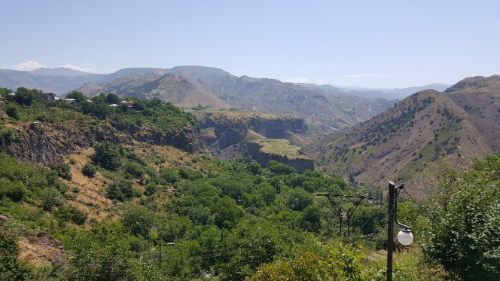 The earthquake situation also has a long way to go. Gyumri, the city I’m going to be in for rest of the summer, is one of the cities that was affected the most. It’s in waaay better shape than it was, of course, but there are still half-collapsed buildings and random rubble scattered about, especially on the outskirts of town. 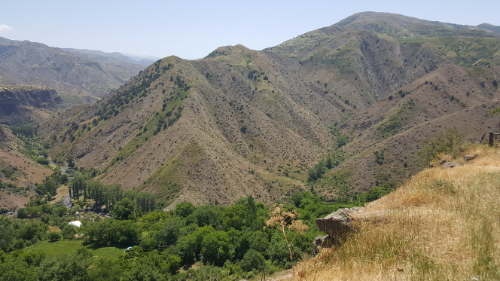 The energy crisis improved after the reopening of a previously shut-down nuclear power plant. Now, the energy supply is about evenly split between nuclear, thermal, and hydroelectric power, and natural gas is supplied from Russia in a pipeline that runs through Georgia. The borders with Turkey and Azerbaijan are still closed.

That’s a long story (even with a whole lot of details cut out), but understanding that history makes me appreciate Armenia’s current condition so much more. People here have been working very hard to rebuild the country, and it’s becoming a place where people actually want to move back. Of course, there are still the pessimists and doubters who want to leave, but there will always be those. From an outside perspective, I think there’s still a lot to do, but knowing where the starting point was makes me appreciate the good so much more! 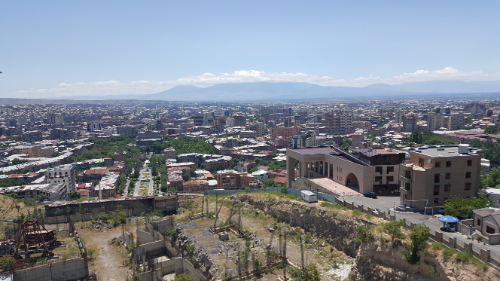