My last week in Armenia was an intense test of everything I learned over the last nine months. Three of my cousins, Sharon, Mary Anne, and Lisa, came to visit, and I was the acting tour guide/translator for the group. Since they like eating and doing different things from me, I had to learn some new words (for example: salad and vegetable. I’m clearly not the healthiest eater… but the word for vegetable is banjareghen so can you really blame me for not learning it sooner?), and we had some dietary restrictions to convey. It literally took me the entire week to figure out how to explain them in a way that didn’t just confuse the server. At the last meal, I finally got it! Better late than never, right? (And the server complimented my Armenian so like no big deal or anything but I’m basically fluent 😉 hehe)

For the most part, we didn’t go anywhere I hadn’t already been. It was fun being the tour guide, though, and seeing just how much I’ve learned about the country and the different sites. Mary Anne brought a guidebook with her, and honestly, after reading what it said about the things we visited vs. what I’ve learned about those places, I think that they could have done a much better job. Based on the book, it sounds like there’s no reason to visit Armenia, there’s nothing interesting to see, and you’ll just be disappointed. Maybe I’m biased, but I strongly disagree. They didn’t even include most of the hilariously awesome stories and legends that are such an essential part of the country’s personality. I’m ready to write a new guidebook for Armenia! All I need now is some funding and a whole lot of time.

Highlights of the week included:

In general, it was a lot of fun to spend time with my cousins and get to show them around. The four of us had never been on vacation together without the rest of our families, and it was exciting that it worked out so well. I mean, I guess it makes sense because our families have been travelling together forever, but still. Hopefully this is the first of many more cousin vacations! 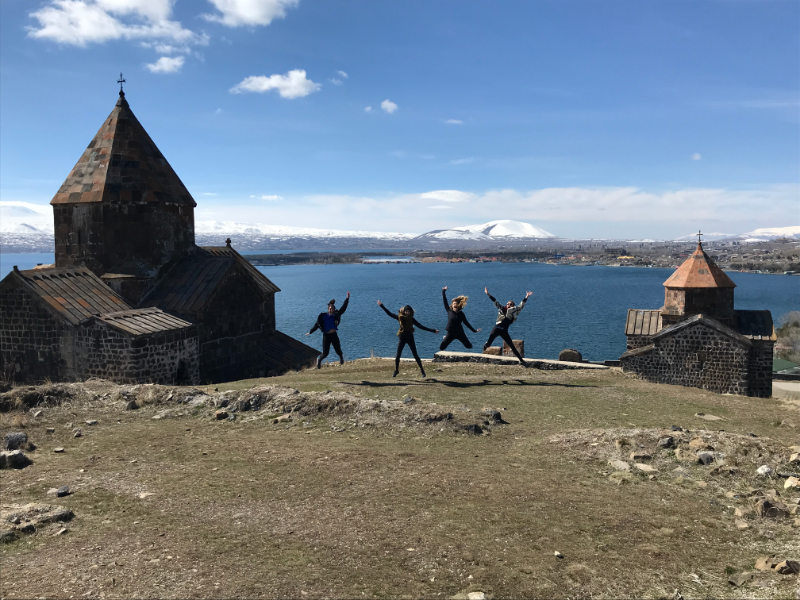