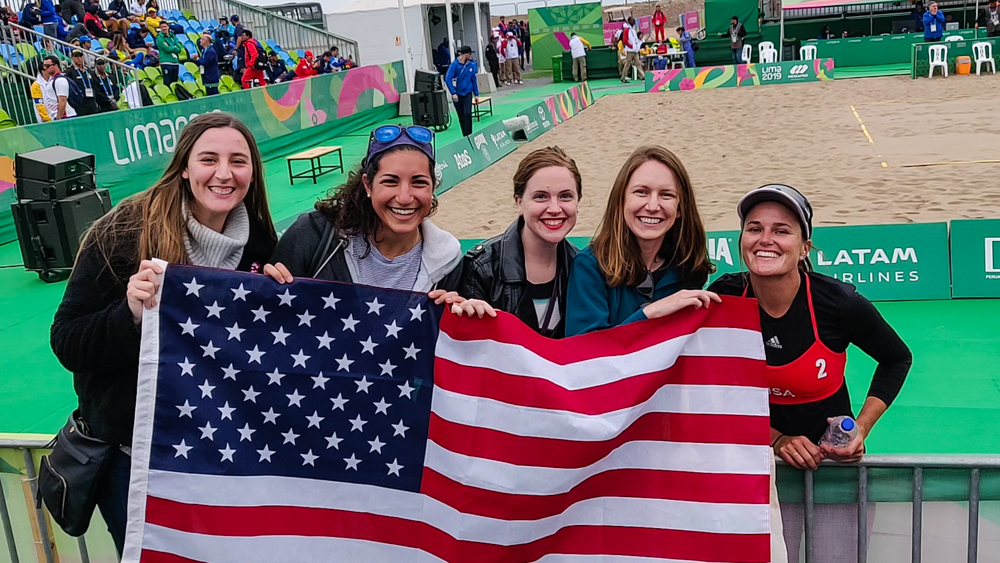 Whew! It’s been a while since we last talked, but for once, it’s not because I’m just super far behind on updating you. This time, the delay is because of a much-needed vacation! I’m actually in the States at the moment, and I have been for a couple of weeks now. I’m headed back to Peru soon, but it’s been a very refreshing time catching up with friends and family.

The last two weeks in Peru before I left were fun and busy. During the first week, we had another mission team visiting, this time from Kansas City, Missouri. Like I said in my last post, this was an extra exciting team week for me because the team included a couple of electricians!! I spent the two weeks before the team came trying to get everything ready for their service projects, and the electrical projects added some extra complexity into the usual planning. It was cool, though, knowing that I was going to get to watch everything come together. I guess it’s kind of the same with the building project, but that seems like a much more overwhelming situation whereas the team projects feel manageable.

The demographics of this team were also a little different than what is typical. Often, there are a few team members in their teens, maybe one person in their 30s, and everyone else is 40s and up. This team had the whole range of ages represented, but there were more 30-somethings than the usual. It felt a bit like hanging out with my friends from home which was a lot of fun.

On top of all that, Betsi’s (a 3-week intern) mom came with the team, and Betsi filled her in on how much we like brownies (we’re basically in a constant state of desperate for anything that feels like home). She brought 5 BOXES of brownies with her. Talk about an MVP. They made three of them during the week and left two for us! I know that this probably doesn’t sound like that big of a deal, but just trust me. There’s nothing better than having our weekly Sunday movie night with a warm brownie on the side.

In general, it was a great week. The brownies didn’t hurt. Also though, it was fun working with everyone, they got an amazing amount of work done, and the results of their hard work were super visible. For example, the property has felt very dark since the construction started because they took out some of the exterior lights, and there weren’t very many to begin with. The electricians installed a bunch of new lights outside, so the night after they put them up was the first in a long time where I was confident that I wasn’t going to unexpectedly walk into/trip over anything while walking around the property. Imagine that!

I was the most excited about the lights along the sidewalk. They’re the first lights that I’ve picked out that I haven’t just felt neutral about. Usually, I’m picking things that are simply functional. These are functional, AND I think they look cool. They turned out exactly how I hoped, and the fact that we found lights that were actually what I was looking for is a miracle in itself.

I’m going to totally overuse the word “exciting” in this post, but I’ve accepted it and you should too. Do you know what else was exciting? The construction! GUESS WHAT? We have our first ceiling!! It’s crazy because now I feel like I can really begin to imagine what the new building is going to look like. It’s the ceiling for the first floor on module 1, and that’s the side of the building that’s adjacent to the existing 2-story building. There’s a railing between them still, but you can climb over it and move from construction site to existing building. It’s awesome.

In the process of preparing to pour the floor/ceiling, they put in the electrical conduit (the tubes they’ll run the wires through) for the lights on the first floor and the outlets on the second floor. I had to dimension my drawings… talk about stressful! I had to make the exact final decisions about where things should go, and now there’s no changing my mind because it’s literally set in concrete.

Since I left for vacation, they’ve been working on the ceiling on the second floor. Eek! It feels like they spent forever getting set up for the first ceiling, and I wasn’t prepared for Debbie to send me a picture of them already working on the next one. I feel like I’m missing too much! But I can’t be in two places at once, and this really has been a nice break. So, who even knows what it’ll look like when I get back? We’ll be surprised together.

Oh! I almost forgot. One more exciting thing! Every four years, in the year before the summer Olympics, the Pan-American Games are held. It’s like a mini-Olympics just for countries in the Americas. This year, Peru was the host country! Julie, Debbie, Jocelyn, and I bought tickets to watch beach volleyball. I don’t think any of us were expecting much, but it was a ton of fun. We cheered on a bunch of random countries until the last match where we got to see the U.S. women beat Paraguay in the quarterfinals (they ended up winning the gold). It was cool getting to see an international competition live. Now I feel like I need to go to an Olympics someday!