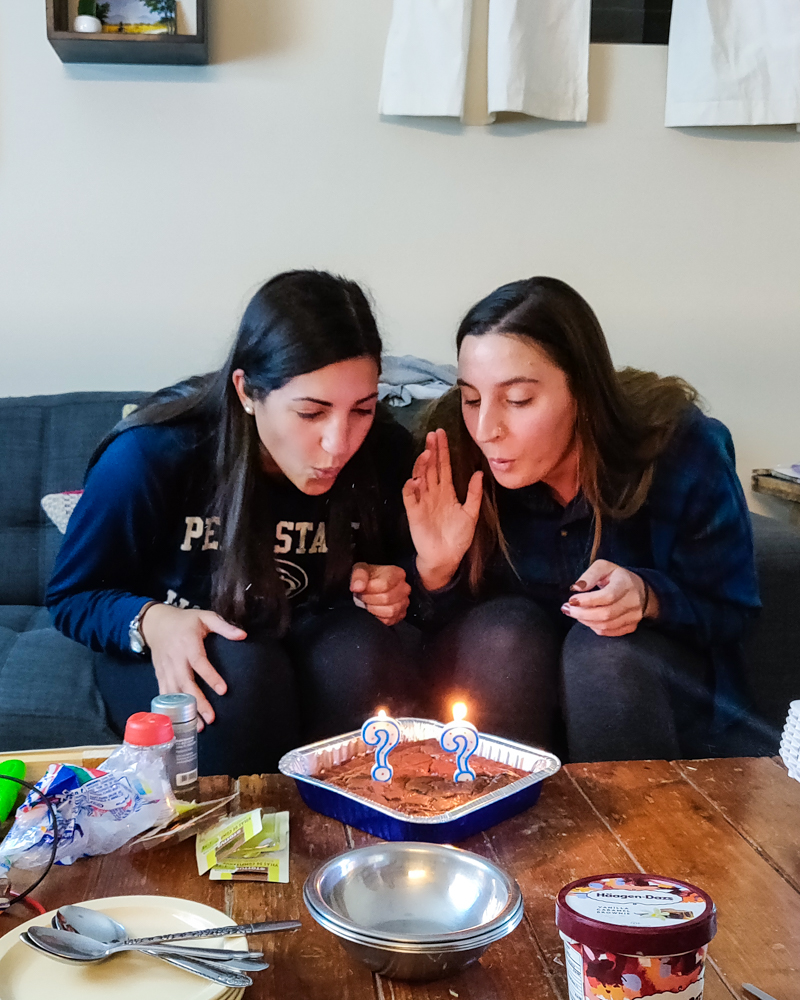 It’s been a fun couple of weeks! Ever since I got back from the States, I’ve been feeling so much more at ease and like I have some sort of control over what happens each day. I’m working on not needing to be totally in control in order to feel okay, but it is nice to at least feel like I have my feet on the ground instead of being sent this way and that by whatever wind happens to blow at the moment. I’ve pieced together a routine for the mornings and evenings during the week, and since our schedule is much more regular when teams aren’t here, I’ve actually been able to stick to it.

We’ve also been trying to be more productive with our weekends, getting out and doing things instead of rotting away in our apartment, and that’s been helping too. When all you do is work and rot, life passes by incredibly quickly. And it gets old and boring. I’m neither old nor boring, so why should I let my life be?

Anyway, I’m letting myself get sidetracked before I even begin! Work has been 1 part fun and 1 part tedious. The fun part is the construction! Two weeks ago, they finished laying out the bricks and the conduit (for the electrical wiring) and everything for the first ceiling on Module 2. I had to check the box locations and how they ran the tubes to make sure it all matched up with my plans, and that Saturday, they poured the concrete! This isn’t the first pour they’ve done, of course, but I had the best view of this one. I went up on the third floor of Module 1 and watched from above. The pump truck came in and set up, then the concrete trucks came, and I got to see the whole pouring procedure from start to finish. It was awesome! And since I was technically on the site, I had to wear a hard hat the whole time which made me feel like a big deal even though I was literally doing nothing but taking pictures and trying to stay out of the way.

Here are some pictures so that you can experience the fun! Also, the thought has just crossed my mind that you might not find this nearly as interesting or exciting as I do, but try to imagine that you helped to design a building, have a strong case of imposter syndrome (aka I don’t feel like I’m completely qualified for the role that I’m playing) (though don’t let that worry you because I truly am confident in my design), and despite that, people are listening to you and actually doing what your drawings say… and the building is going up before your eyes. Welcome to my life and the reasons behind my super excitement!

Two weekends ago was a big deal, not only because the concrete pour was on Saturday morning (working on a weekend is not the best, but that was cool enough that I could get over it), but also because Julie and I declared it Birthday Weekend and created a schedule of events for Friday – Sunday. For those of you who know when my birthday is, this may seem strange… because it’s in December. Same with Julie’s. BUT, ever since we realized that no one is going to be around during our actual birthdays, we’d been talking about having a joint half-birthday party. Well, that would have been in June, and June was a busy month. And so was July. But now, things have settled down a bit, and what better way to celebrate than with a 2/3 birthday party! (Interestingly enough, not my first 2/3 birthday party. I used to throw those every year in high school… but that’s a story for another time.)

We didn’t go TOO crazy with the event planning because no one is going to sign up for an all-consuming not-actually-your-birthday weekend. So, this is what we ended up with for the schedule of events:

Friday night – pancake dinner followed by a bonfire dance party (including s’mores because why else even bother with a fire? Certainly not because we just like smelling like smoke.)

Saturday – concrete pour (not an official part of the birthday events, but part of the schedule nonetheless), hike to the green mountains near the neighborhood (same thing we did the weekend before, but it was such a nice break that we wanted a repeat), eat cheesy bread (the easiest way to make a good day into a great day), and watch the first half of North and South (a fantastic 4-part mini-series based on a book by Elizabeth Gaskell)

Sunday – church, birthday brownies, and the second half of North and South

The weekend was a great success! Debbie and Jocelyn even obliged our request for presents and gave us chocolate bars and mini-Oreos. And they sang to us and let us blow out candles even though we hardly earned it. It doesn’t get much better than that! Everyone who participated in any or all of the events said that we need to do it again sometime, so we’re currently in the process of assigning every remaining weekend to someone’s birthday celebration. It’ll probably be Julie and my turn again in November. Kidding! But it was fun having an agenda for the weekend, and I think we all realized that we need to keep planning things to look forward to, or else time will go by without a passing glance.