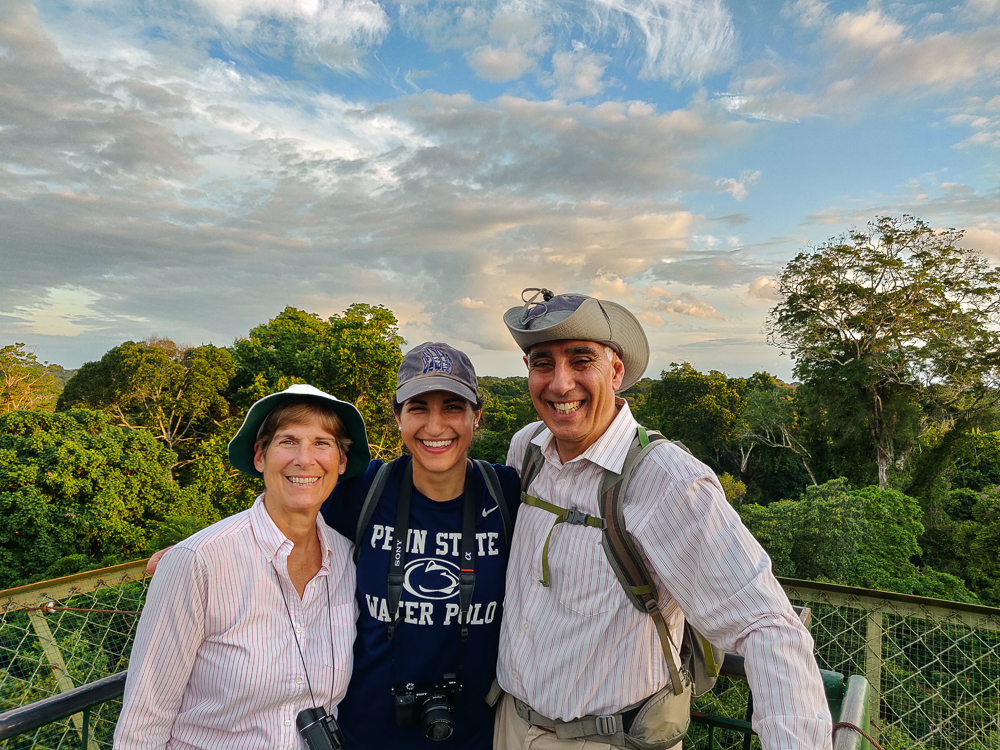 We’re back in Peru! I know, for a time when travel is all but impossible, we sure do seem to move around a lot. But that’s the joy of the internet! And memories. For me, it’s been fun to relive some past excitement while actually sitting in Pennsylvania, feeling like I’ve had my wings clipped.

So, we last left off in Peru as I headed to the airport from Esperanza de Ana, not to leave the country but rather to meet my parents and kick off our family Peruvian adventure! I had quite the crazy mix of feelings. I was sad to leave EA, happy to see my parents, sad to leave my friends, happy because Jocelyn and her brother were meeting up with us later in Cusco… and on top of my conflicting feelings, it was nearly the middle of the night which is never good for processing emotions or thinking clearly.

Seeing my parents walk out into the arrivals hall was surreal. I don’t think I realized how much I missed them until that moment! Between that and my excitement for the trip ahead, I didn’t have a chance to dwell too much on my feelings about leaving everything else behind.

OH! And I had one more thing to distract me… my new camera!!! I had been thinking about buying a real camera for years, and this seemed like as good a time as any to take the plunge. I bought one, shipped it to my parents in the States, and they brought it along with them! This is my first “real” camera, so bear with me… things started out a little rough as I tried to figure out what the heck I was doing, but you’ll see that over my month and a half of travels, my skills went from very rough to kind of okay! (I still used my phone a lot for pictures as well, but the camera was infinitely better for anything requiring a zoom.)

Anyway, after our bleary-eyed airport reunion, we headed to a hotel near the airport to get a few hours of sleep before our morning flight to Puerto Maldonado!

One of the major places to visit in Peru, besides Machu Picchu, of course, is the Amazon Rainforest. Most of the rainforest (about 60%) is in Brazil, Peru has the second largest area (~13%), and seven other South American countries contain the remainder. The Amazon is the world’s largest rainforest, containing more than half of its entire rainforested area.

The Peruvian Amazon covers more than half of Peru, but only about 5% of the population lives there. (The majority live along the coast, like in Lima and its suburbs, where it’s easier to find work.) The two major tourist gateways are Iquitos in the north, home to the famous pink river dolphins and the only place to actually cruise the Amazon River, and Puerto Maldonado in the south, sitting at the intersection of two Amazon tributary rivers, the Tambopata River and the Madre de Dios River.

I chose Puerto Maldonado because it’s a much smaller city, there’s a ton of biodiversity in that part of the rainforest, and it’s way more accessible to/from the other places we were planning to visit (you can fly direct to/from Lima and Cusco). One of the EA directors recommended an eco-lodge that she had visited, and so, we had our first destination!

After a short flight from Lima, the company picked us up from the itty bitty Puerto Maldonado airport and drove us about 5 minutes to their office in town where we left any luggage that we didn’t need for the rainforest leg of our trip. From there, we had an hour-long bus ride to the Tambopata River followed by a 1.5-hour boat ride to the lodge.

Along the way, we got our first glimpse of rainforest wildlife! One of the guides spotted three capybaras down by the water (the guides all have eagle eyes, it’s crazy), and we watched them climb their way up probably 15 meters of what seemed like an impossibly steep riverbank. It was extra incredible because capybaras are NOT the most agile-looking animals. They’re the largest rodents in the world and my best description is that they’re like large guinea pigs or maybe large, tailless rats? I would have a picture to show you… but they were too far away for my phone, and I was still in the “new electronics” overprotective mode with my camera (I was certain that I was going to drop it into the river… and I still had no idea how to use it).

Once we reached the “dock” near the lodge, we had a 20-minute walk through the forest with our guide for the rainforest portion of our trip, Juvenal (who-ven-ahl). He gave us some basic rules of the rainforest: Stay together, never put your hand somewhere without looking first (unless you want to risk touching a biting ant or worse), and walk quickly when you see Brazil nut pods on the ground or flowers from their trees. Okay, the first two seem like common sense… but the third one?

Brazil nut trees can grow to be VERY large: 160ft (50m) tall and with a 100ft (30m) diameter canopy. The nuts are contained in coconut-like pods that are usually around 3-7 inches (8-18cm) in diameter and can weigh more than 5 pounds (2+ kg)! Within each pod, there can be anywhere from 10-30 Brazil nuts. I’m getting ahead of myself, though. The most important thing to know is that the pods fall from the trees whenever they’re good and ready, so unless you want a 5-pound coconut to whack you in the head after a 160ft fall, it’s best to minimize your time underneath the trees during the falling season. Juvenal showed us how some of them had embedded themselves into the ground after the fall. Eek! Don’t have to tell me twice! No, thank you to a dent like that in my skull!

We had some downtime after we reached the lodge and used it to get settled. Mom wasn’t thrilled about the room… our rectangular room had only three walls, and even those barely qualified as such. They were made of bamboo and had “windows” (aka openings) just above head level between the room and the outdoor walkway/hallway. And the shower was a step up from floor level, so you could literally see people walking by while you were inside. It’s good that we went in the off-season because if there were people in every room, the lack of privacy/separation would have been more apparent.

The fourth “wall” was left open to the rainforest. Juvenal promised that we probably wouldn’t end up with a jaguar in our room. Heh. I’ll tell you now that we didn’t have any animal issues, but there are some LARGE rainforest bugs. Our beds had mosquito nets, at least. We gave Mom the bed farthest from the open wall, I slept in the middle, and we offered Dad up to the forest.

We had some time before dark and took advantage of the good weather by climbing the “canopy tower”, a tower that’s maybe 150 feet tall? Its top platform sits up above the tree canopies, and we spotted a few birds flying around and watched the sun start to set before heading back to the lodge. We headed down before it got too dark at the top, and by the time we reached the forest floor, it was juuust light enough to see our way back. The canopy-level and the ground-level are two totally different worlds!

Back at the lodge, we ate dinner, slipped into our mosquito-net-shielded beds, and passed out. Not only had it been a long day, but we had a painfully early start the next morning… 4:15AM! I wish I was kidding.