The plan this morning was to get a nice “early” start at 8:45AM, but obviously that fell through and we all met for breakfast at around 9:30. The three options we had for activities were hiking, biking, and canoeing. Most of the group vetoed hiking, said maybe to canoeing (but it required walking the half hour back to the town we came from yesterday), and said yes to biking. 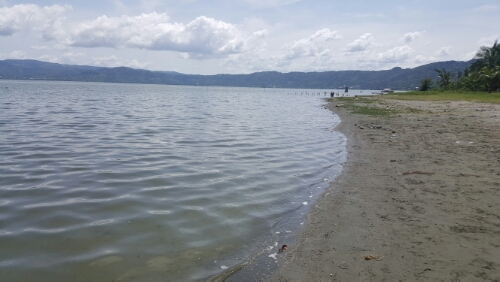 After looking into the bike situation, we had to reevaluate. The hotel down the road had three bikes, and the neighboring town had two. With the addition of Josie and Peter to our group, we were seven. A call to someone in the town changed the plans even more because apparently those two bikes weren’t available. That left us with three bikes and seven people. The only solution was to split up, since probably nothing besides hiking would be able to accommodate all of us. Anna, Yara, and James took the bikes, and Nick and I headed to the town with Peter and Josie to hunt down some canoes.

I thought that the walk from our hotel wouldn’t be as bad as yesterday without our bags, but I was wrong. It was just as far as I remembered, there’s nearly no shade along the route, and by the time we left, the sun was high in the sky. Within a minute of leaving, I was already sweating. Typical. Eventually, we made it to the town and found a guy who knew a guy who had two canoes, but he thought the guy took his canoes to the top of one of the mountains because they belong to someone who lives in the US and that’s where the person wanted them. Or something. I don’t know, I really didn’t understand what he was saying, but he led us to the guy, the guy said, “I’ll go get them,” and 20 minutes later we had two canoes. Whatever works, I guess.

Nick and I took one, Josie and Peter took the other, and we rowed out to the middle of the lake (by “middle” I mean definitely not the middle because that’s pretty far… more like we rowed for 20 minutes and then stopped). There’s not much to do in the middle of a lake besides swim, so even though I wasn’t planning to, we all hopped out and splashed around in the water before hopping back in and floating around until it was time for us to return the boats. The water was kind of weird… it was mostly warm with a couple of really cold spots. I couldn’t stay in long because I started freaking myself out. We didn’t ask what kinds of creatures live in the lake, so I always manage to dream up some terrifying sea monster, start thinking it’s right under me, and have to get out of the water immediately. 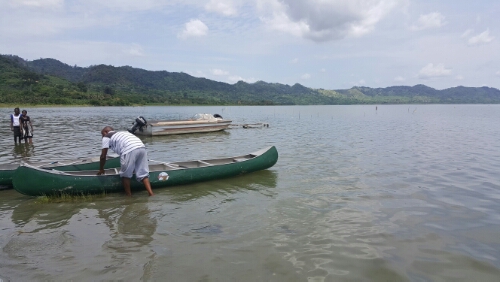 The view of the lake was amazing and being out there was so serene. Peter commented on how quiet it was out on the water and how it’s probably the first time he’s heard no noise since he’s been in Ghana. I think I’ve only experienced complete silence here when I go to the farm in the afternoons by myself. Otherwise, there’s always singing or music playing or town announcements or chickens and goats and frogs and pigs and crickets. Have I ever mentioned the town announcements? Oh yeah, those happen at around 5AM on Wednesdays and sometimes other days too. It’s really a wonderful way to wake up. Anyway, it was nice to enjoy a little silence for once.

We stayed in the town for a late lunch which was accompanied by the sounds of a soccer game on the beach nearby, some music blasting next to the restaurant, and what sounded like band practice happening by the soccer game. Ah. Back to normal. We eventually made the long walk back to our hotel, hung out by the lake until dinnertime, and now I’m about ready to pass out.