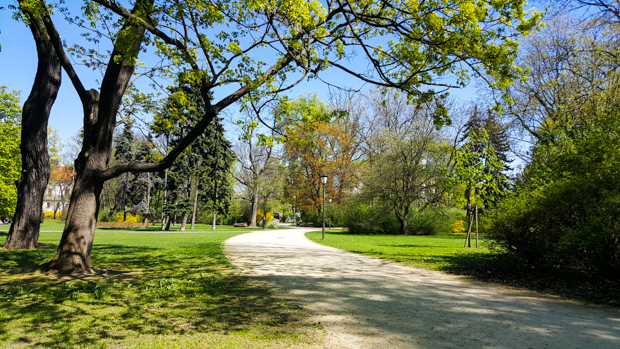 I know it feels like we’ve been in Iceland forever, but in realtime, it was only a week (ha!). My Icelandic adventure ended a bit anticlimactically… with a 16-hour stay in the airport. My brother’s flight home was in the morning, and since we only had one car, we went together to the airport around 8:30AM. I had chosen Poland as my next destination, and the cheapest flights there were overnight flights leaving at 12:30AM. And so, that’s how I found myself sitting on a bench in the airport, throwing back mini chocolate chip muffins like they were popcorn, pretending to get work done, and trying not to have to go to the bathroom (because then you have to get up, lose your seat, and haul all of your crap with you. I maintain that this is the worst part of travelling alone).

Is it weird that I really don’t mind spending a lot of time in airports? I did actually manage to have a productive day, and when it was time to go through security, I was surprised at how quickly the hours had passed. I even had the insane thought that I wouldn’t have minded a few more. That can’t be normal.

The flight from Iceland to Warsaw, Poland is about 4 hours, and I spent all four of them completely unconscious. My eyes were closed from the instant I sat down until we pulled into the gate in Poland. As you might imagine, I wasn’t exactly feeling fresh when I woke up. Unfortunately, it was only 6:30AM, so there were still a LOT of hours standing between me and bedtime.

I took my time leaving the airport. I like giving myself a moment to get oriented and washing my face and brushing my teeth before facing a new country. When I was feeling slightly more like myself (and slightly less like a zombie), I grabbed my bags and set off to find the bus into the city. It ended up being super easy to find and figure out… which leads me to my next list of first impressions!

Here are some of the first things that stuck out to me when I arrived in Warsaw:

I spent most of my time in Poland walking around and thinking, “I could totally live here.” There are livable-feeling cities, and there are the ones that you visit and then feel happy to leave behind. I visited Warsaw and Krakow, and in both of them (Warsaw especially), I felt like I could easily settle in and stay for a while. It’s always nice to feel that level of comfort when you’re on the road!

Before I launch into a tour of all the things I saw and did in Poland, I think it’s important to get some historical context. So, next time we talk, prepare yourself for a gripping Lara-style retelling of Polish history! It’s going to be fun, I promise.