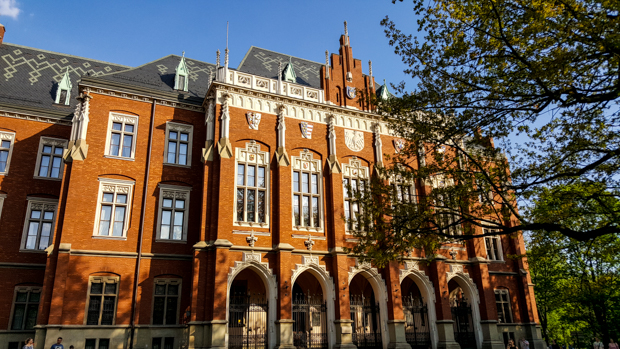 Are you ready for a Polish history adventure? I hope so because this is a long one, but in order to understand the Poland of today, I think it’s important to know the history behind it. Let’s go waaay back…

The Polish lands have been occupied on-and-off since prehistoric times. Starting in the Iron Age (around 700BC), there’s evidence that Celtic tribes and Germanic tribes settled in the area, followed by Baltic peoples and eventually, around 500AD, Slavic tribes moved in. The “Slavic” ethno-linguistic group is the largest in Europe and basically encompasses all of the European countries to the east of Poland and in the Balkan region (Croatia, Serbia, etc.).

“Poland” as a country is usually cited as being founded in 966AD when the first documented ruler, Mieszko I of the Piast Dynasty, converted to Christianity and thus declared all of Poland to be Christian. The first coronation was held in 1025AD. Bolesław the Brave became king, and the Kingdom of Poland came into existence for the first time.

Throughout the rule of the first dynasty, the Kingdom of Poland warred with the Romans and Mongols. They managed to hold their borders and even expand the Kingdom. The second-to-last Piast king, King Casimir the Great, ruled over a Polish golden age. The first university was founded in Kraków in 1364, laws were reformed, and Jews were protected, resulting in a large influx of Jewish people from less tolerant countries.

In 1384, the only Piast remaining was a woman, Jadwiga. She was crowned king at age 11, reigned until her death at age 25, and is known as one of Poland’s greatest monarchs, establishing and restoring schools, hospitals, and churches across the country. At the beginning of her reign, she chose to marry the ‘elderly’, 35-year-old Lithuanian Grand Duke Jagiello (called Władysław after his baptism) for political reasons, rather than her young Habsburg fiancée. This was the start of the Jagiellonian Dynasty period, and the marriage joined Lithuania and Poland in a union that lasted for 400 years.

The strength of the Polish-Lithuanian Union helped in fighting outside threats. The greatest threat of this time was the Teutonic Order, a Christian crusading army that arrived in 1226 to convert the neighboring Prussians to Christianity. Eventually, however, they began to attack the union, despite the fact that Poland and Lithuania were both converted countries. The Order was decisively defeated at a battle in 1410, and a treaty was signed in 1466.

In the early 1500s, the government was reorganized, giving the nobles a great deal of power. No decisions could be made without their approval. Despite this, Poland experienced its greatest golden age and the Polish Renaissance. Nicolaus Copernicus published his heliocentric theory of the universe in 1543. There was a policy of religious tolerance that attracted persecuted people of all religions. Prominent artists from across Europe moved to Kraków, the Polish capital. Poland was influential in Europe, both culturally and politically, and it grew territorially.

Then, in 1572, the last Jagiellonian king died without an heir, and the government was restructured again. The nobles continued to hold most of the power, and the “king” became an elected position. Poland and Lithuania made an even stronger union, joining together to become the Polish-Lithuanian Commonwealth. It was the largest, and perhaps most powerful, country in Europe.

The whole “elected king” concept is a bit strange… it resulted in the election of kings who were also eligible for the throne in other countries. For example, the first elected king left soon after beginning his rule… to claim the throne in France as King Henry II. Later, Polish King Zygmunt III was heir to the Swedish throne and was crowned King of Sweden DURING his rule as monarch of Poland. So he was king in two countries at once. He is also the one responsible for moving the Polish capital from Kraków to Warsaw so that it would be closer to Sweden.

The mid-1600s were the beginning of the end for the Kingdom of Poland. The country was weakened by internal uprisings by their vassals and an invasion by Sweden called the “Swedish Deluge”. The conflicts ended with Poland as “victor”, but they took a toll, both economically and physically. In Warsaw, about 80% of the population was killed as the city was captured and recaptured repeatedly during the conflicts.

The last great victory of the Kingdom occurred in 1683. At the Battle of Vienna, the armies of Poland, the Roman Empire, and the Habsburgs joined together to fight the Ottoman Empire as it attempted to expand farther into Europe. Led by Polish King Jan III Sobieski, the Ottomans were defeated and their European expansion halted.

By the 1760s, Poland was a disaster. The governing structure meant that a single noble could veto any measure, and the government was completely paralyzed. Stanisław Poniatowski was elected king in 1764. He was romantically involved with Russia’s Catherine the Great, and she helped to place him on the Polish throne, as it was in Russia’s best interests to keep Poland weak and divided. However, after his election, he refused to be a puppet king under the Russians and tried to stop the country’s collapse by introducing reforms.

Meanwhile, Russia was in the middle of a war with the Ottomans. They were doing well, and Austria began to worry that it would lose territory to Russia. It threatened to join the war on the Ottoman side. To avoid this, Russia and Austria agreed to redirect Russia’s expansion to the west, into Poland. Poland was weak and unable to resist, so on August 2, 1772, the Polish Parliament (called the Sejm) ratified a treaty between Russia, Prussia, and Austria that took about 1/3 of Poland’s land (and ½ the population) and divided it between the three. This was the “First Partition of Poland”.

Here’s a map from the Encyclopaedia Brittanica that shows the land lost in the First and subsequent partitions. It explains the losses much better than I could with words.

So as you can see from that map, the First Partition wasn’t the end. Poland continued trying to pull itself together by adopting a more liberal constitution. A conservative confederation was formed in response, and it asked Russia to help bring back the old constitution (because who better to ask for help than one of the countries that clearly has an interest in destroying you). Russia said, “Sure!” and came into the country with the Prussians. They forced the Sejm to sign another agreement that led to the Second Partition of Poland, giving away more than half of Poland’s remaining land.

Finally, in 1794, an uprising in Poland was squashed by Russia and Prussia. The two of them, along with Austria, made a deal to divide the remaining Polish lands. On January 26, 1797, the Third Partition of Poland was officially settled, and Poland was completely wiped from the map of Europe.

Just kidding! Obviously Poland exists as a country today. So, what happened between 1797 and today? Read the next post to find out!