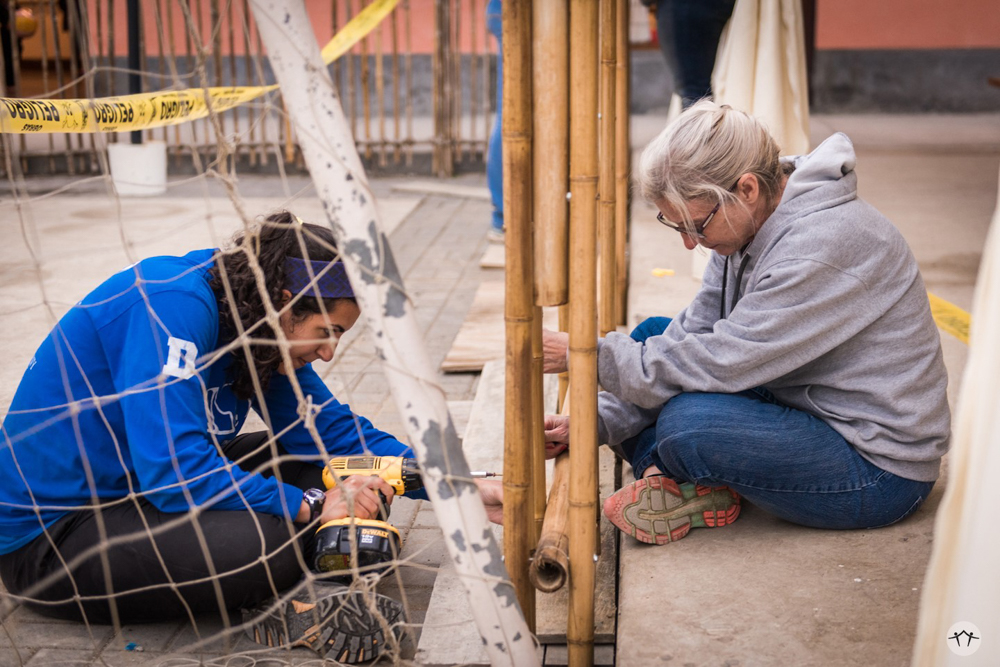 Remember when I said that I was going to post weekly blogs? Well, if you don’t, then please, continue to not remember. If you do, whoops. As you can see, things aren’t exactly going as planned. The thing is, life has been VERY busy. I know, life anywhere is busy, but there’s something about being here that makes everything a little bit harder and a little bit more tiring. Recently, with all of the teams coming through, it’s been extra hectic. When a team is here, we’re running around and trying to manage everything that goes along with that. When there isn’t a team, we’re running around and trying to catch up on the things that fell to the wayside when there was.

So, what has happened since my last update? That’s a big question! It’s been five weeks, but I’m going to focus on the first four right now because that’s basically the month of June and is already far too much to talk about in one post. The first week was another team week, two days after the previous team left. The second was a “normal” week, the third I was in the USA, and the fourth was another normal one. My gosh. Like I said, I definitely need to be better about writing updates because have a lot of ground to cover! Let’s start with the team week…

Last time, I told you about the team week with ACF, a Christian student ministry at Penn State. Usually, teams are here for seven days. ACF was here for TEN which is essentially a 10-day marathon. And on top of that, they’re a bunch of college kids with lots of energy (they made me feel old, but I’m surprisingly okay with it). So, at the end of that “week” we were, understandably, all feeling a bit drained.

They left on a Thursday afternoon, giving us only two days to recover before our next team arrived. This one was also 15 people, they flew in Saturday night, and we hit the ground running on Sunday. It was interesting going from the college crew to a team with more varied ages and skills. This team was from Pleasant Ridge, a church in rural PA. I can’t possibly say enough nice things about them, and it’s not even just because I’m putting this on the internet for the world to see. They were incredibly hard workers, fun and nice and interesting people, and thankfully very easygoing. It was such a joy to have them here.

We made an amazing amount of progress on the service projects! We had one crew, mostly of the younger guys, who continued the work ACF started on the trench for the septic system pipes. They worked like a well-oiled machine. I felt like every time I looked over to check on them, they had a new piece of pipe installed, the dirt filled in on top of it, and a new section of trench already dug out.

My bamboo fence squad finished installing the fence posts, and at the end of the week, it finally looked like a real fence!  It’s a bit of a pain, though, because it’s one of those jobs that is 95% finished, but the last 5% of work seems to take as long as the first 95. There’s lots of tedious detail work to do after the posts are installed, and that’s slowly been getting checked off in the weeks since.

Besides those two big jobs, they crossed off so many other, small jobs that have been lingering. For example, there were some concerns about the construction fencing near the school buildings because the little kids are completely oblivious, and there was a real chance of one of them wandering past and falling into one of the foundation holes on their way to the bathroom. We had some of the team members build a more substantial barrier using plywood which has been very good for the peace-of-mind of our teachers.

Meanwhile, the construction has been steadily moving along. The foundations are finished! No more giant holes in the ground (so I guess there’s no more danger of the kids falling in, but definitely still better for them to be kept away from the site either way). It’s exciting/nerve-wracking/strange to see something that looks like a building finally starting to take shape! They poured the bases of most of the walls which means that we can actually see how big the interior spaces are going to be. I’m starting to go into a bit of a panic because this means it’s nearly time for some of my conduit to be installed (the pipes that they put the wires in), and after that, it’s concreted in which means it isn’t changing. I hope I didn’t mess anything up! Eek!!

Rather than trying to explain everything that’s happened, I think it’ll be much more effective to show you in a series of approximately 1 million pictures. So here you go! (Brace yourselves, it’s going to be a looong ride.)

So that’s the first side of the building… and now, on to the other side:

They have already installed the conduit that goes underground from one side of the building to the other, so I’m crossing my fingers super tight that I sized those correctly. My gosh this is a stressful situation! Why on earth did I become an engineer? I should have picked something where mistakes are more easily remedied. Not that I think I made any big mistakes (I already found and fixed a few little ones), but I think it would be abnormal for me to NOT panic at least a little about this whole thing. It’s my very first time having a design that’s all mine actually get installed. Sure, when I was working, there were a few projects where I played a large part in the design and felt a sense of ownership when I walked through the finished space, but this is different. This is me being trusted to make the major decisions and hoping more than anything that I’ve created a design deserving of that trust. No pressure or anything.

I’m rambling, I know, but I ramble when I’m nervous. I’m nervous. It’s weird because I really am confident in the work I’ve done so far, but it doesn’t matter. Until this building is finished, everything is installed, and it’s operating properly, I won’t feel completely at peace. I’m insane, I know. It’s going to be a long year of unrest, that’s for sure.

With all of that happening, it was probably a great time for me to take a break and go back to the States for my friend’s wedding. It was fun getting to catch up with friends, plus the week I had at home beforehand was so nice and relaxing. I think I needed it, and it left me feeling prepared to come back and jump right into the work ahead.

We had another team here about a week after I got back, so it was back to the chaos of running around and managing service projects and hoping that things go according to plan. It’s always fun to get out of the office and actually get my hands dirty, but it also makes for an exhausting schedule! I’ll tell you more about that week in my next post… which is coming soon (and by “soon” I mean definitely before another 5 weeks go by).