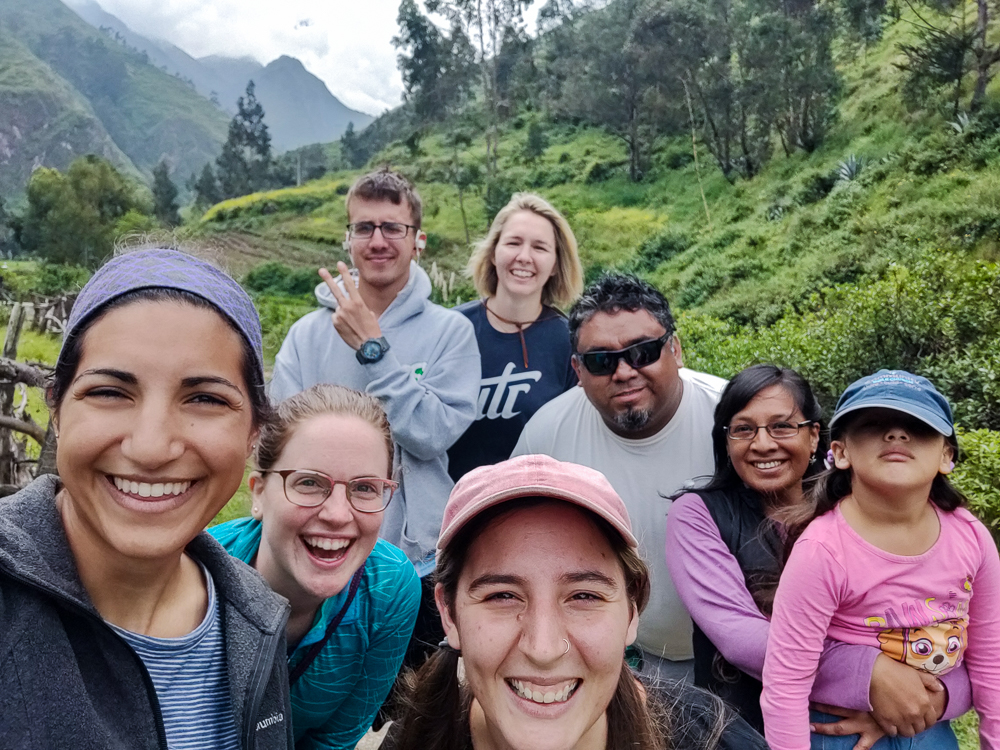 As well as I slept during our first night in Canta, that’s how poorly I slept the second night (despite having an exhausting day). The major issues were 1. Jocelyn coughed at 1AM, and then I was awake when 2. a marching band started playing around the same time. You may be wondering, why did Jocelyn’s cough wake me up? Am I really THAT light of a sleeper? The answer is no, I’m not, but Jocelyn coughed IN MY FACE. Yes, that’s right. I woke up, completely confused. I mean, I knew what happened, but I didn’t understand why our faces were so close together and why we were facing each other. I made a sound like, “ehhuw”, rolled over, and pulled a blanket up to block her face in case she coughed again. Then she coughed, definitely woke up, realized what happened, gave a sleepy/embarrassed, “oh,” and rolled over as well so we were back to back. At the time, I was VERY irritated because that’s what happens when I get woken up in the middle of the night (PSA: steer clear of sleeping Lara), but when we talked about it in the morning and confirmed that yes, it did happen, and yes, we were both aware of it, the whole situation was just funny. On the topic of the marching band, I don’t know anything more than what I already said. The constant questions of international living: “Huh?” and “But… why?”

In the morning (aka at an acceptable time for being awake), we decided to get moving quickly to avoid the traffic. We were headed home, so we packed up the car and headed to Obrajillo for breakfast. Before leaving Canta, I walked with Jocelyn and Kylie up a little hill nearby where we had an awesome view of the mountains. It had rained the night before, so the air was clear and the greens were extra vibrant.

Amazingly, we made it to Obrajillo without any traffic delays. We all ate our daily egg sandwiches and then piled back into the van to make one more stop before starting the trek home. Kylie wanted to visit this other little town, Aqochaka, that was supposed to be really pretty and had a “famous” bridge. The road to get there from Obrajillo is nice and skinny and winds up and around the mountains, giving us some breathtaking views… and also some heart attacks because it’s one of those roads where, if someone’s coming the other way, you need to back up until you find a little pull-off and it seems inevitable that someone is going to end up tumbling down the side of the mountain. But, we survived, and I wasn’t driving, so it was all good.

Once we got to the town, no one was really sure what we were supposed to do there. We checked out the “famous” bridge… I don’t know how many people have to know about something in order for it to be famous, but I have my doubts about the famousness of that bridge (if this is any indication, the bridge doesn’t even have a marker on Google maps). Either way, it was interesting and kind of terrifying and obviously we walked across it because what else do you do with a famous bridge? (Well, we also posed on it and tried very hard not to fall into the water and die.)

Then, we wandered a bit, and the farther we got from town, the more spectacular the scenery became. I wish we had more time because I would have been happy to just keep going and see where we ended up… but we did need to go home eventually (psh).

The ride home wasn’t as traffic-free as the ride there. We hit our first spot of traffic on the road between Aqochaka and Obrajillo, though thankfully not on the “tumble down the mountain” part of the road. I know I’ve complained about Peruvian traffic before, but here’s the major problem: there’s this Peruvian phenomenon where as soon as there’s traffic, everyone becomes a traffic conductor. Everyone knows the best way to end the traffic jam, and they all get out of their cars to put in their two cents. In reality, no one knows what they’re doing. And then there are going to be at least five people trying to do the same job, all recommending different courses of action. And the drivers are still doing whatever the heck they want. The whole thing is doomed to failure before it even starts. It’s the same story every single time, and it actually might be contagious because every time it happens, I find myself wanting to get out and direct traffic because I’m SURE that I know better.

Anyway, once we got through that, we were fine until we got back to Lima. It was good, actually, because most of the drive was downhill which meant that we weren’t as worried about the car breaking down. Worst case, we could just coast back to the city (kidding… mostly).

The final event of our trip was a stop at the car wash. The van was a disaster, and since we had borrowed it from EA, we wanted to return it looking like it hadn’t just come out of a dust bowl. So, we stopped at a car wash off the highway near home.

Now, don’t be thinking that this is a drive-thru style car wash. It’s one dude with a powerful hose, a sponge, and some towels. The Peruvians got out and waited in this little seating area outside. The Americans were all lazy and said we’d just stay in the car. That would have been fine… except that apparently, the van isn’t even CLOSE to watertight. Kylie got blasted with some dirty water through a gap between the sliding glass windowpanes. There was water running along the edges of the floor and draining out the trunk. The metal above the sliding doors is literally rusted through, so yeah, those aren’t sealed anymore. Paul found that out the hard way with a nice dirt-water shower when the hose blasted by.

The good news is, Julie took a video so you can feel like you’re right in the middle of the action.

The perfect end to a very strange/wonderful weekend, don’t you think?

**This is my final post about volunteering in Peru. Next time, we’re headed back to Argentina! We left off at the end of Mike’s and my time in Patagonia and the beginning of our visit to Buenos Aires. For those of you (the majority, I’m sure) who have been missing my history lessons, get excited because we’re about to dive into some Argentina history.