A trip to Tbilisi isn’t complete without a trip to the famous Tbilisi sulfur baths. According to legend, the sulfur hot springs are the reason why a settlement was started in that location in the first place. “Tbilisi” comes from the Georgian word for “warm”, tbili. The sulfur baths are still going strong today, and there are a few different bathhouses to choose from, ranging from super shady looking to super expensive looking. Supposedly, the water is great for your skin, and you can get a body scrub and massage to go along with it. There are public baths (separated by gender) or private, and I’m guessing most tourists go with the private option. There are stories about mothers going to the public baths to scope out wives for their sons because that’s not weird at all (everyone is naked, in case you didn’t catch that). I personally don’t understand why I would want to soak in questionable rotten egg water for an hour, but maybe if I go back I’ll have to check it out as one of those “try it once” experiences. Eh. Or maybe not.

Do you remember Mike’s friend Hovsep who showed us around Vanadzor? If not, Mike (my brother) has a friend, Hovsep, who he met about 4 years ago when he was in Armenia doing a service project. When my family went to Vanadzor, where Hovsep lives, he showed us around.

While we were loitering by the sulfur baths, plotting our next move, I saw a guy who looked vaguely familiar walking up the sidewalk. I was 80% sure that it was Mike’s friend, but I couldn’t for the life of me remember his name (there are too many Armenian “H” names – Harout, Hagop, Hrant, Hovsep, Hovhannes, I could go on). I wasn’t willing to commit to a hello on the 20% chance that I didn’t actually know him, so I instead stood there, stared at him, and gave the world’s least awkward wave when he looked at me. I could practically see the gears turning in his head and the face of recognition once he remembered how we knew each other. The whole thing was incredibly weird. I don’t even see people I know in Armenia… How on earth did I manage to see someone I know in GEORGIA? He gave us a few recommendations of things to check out, and we parted ways. I think both of us were still baffled by the time we said goodbye. Talk about random. 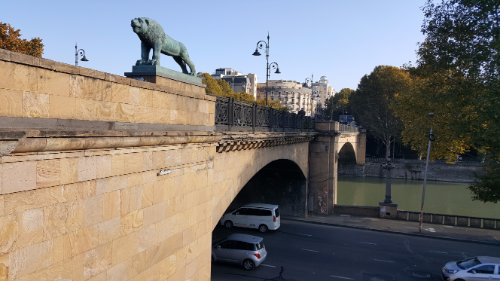 Once I recovered, we realized we were starving and went to grab lunch/rest our aching feet. It was way after normal lunchtime, so by the time we finished and hit the road again, it was starting to get dark. No matter though, we still had things to do and places to see! We were close to the former “Armenian quarter” in the city and decided to head there next. On our way, we saw a sign for Queen Darejan Palace and figured we might as well check it out. We had no clue what we were headed for, but isn’t that half the fun of exploring?

On our way there, we passed a church playing beautiful music on its speakers outside. I thought it was just some mood music, but nope! There was a service going on, and the singing alternated between the priests and a group of five women. I don’t know if it was the night, the church acoustics, the lighting in the church, or just the harmonization, but it was magical. Every time the five women sang, I got chills. I’ve never heard anything so awesome. I know that’s a bold statement, but seriously, they were incredible. I’m sure the ambiance didn’t hurt… I was getting a little lightheaded from breathing the air in there (based on the excessive incensing, I assume it was a Georgian Orthodox church).

When I was about ready to pass out from the fumes, we went outside, looked out over the city, and tried to process everything. My friend Tara said it was the most magical thing she’s ever experienced, so there’s some proof that it wasn’t just me! There was something awesome happening in that tiny church, and we got to be part of it because of a last-minute detour.

The palace is right next to the church and was closed, but it didn’t even matter. We peered at it over the fence and then kept moving. We decided to make a new rule for our exploring – no backtracking. That means that if you make a wrong turn, you can’t just turn around. You have to keep going and figure out a new way. If you’re trying to get somewhere on a schedule, I strongly discourage this approach. If you’re in it for the adventure, strong recommend. We wandered past the other Armenian church, Etchmiadzin (creative name, right?), and the Presidential Palace (it has a glass dome!), made a few less-than-ideal street crossings, and eventually made our way to the most futuristic-looking bridge in the city, The Bridge of Peace.

Okay, when I said that Narikala Fortress is my favorite thing we saw in Tbilisi, I forgot about the bridge. We can let them share the #1 spot, but seriously… This. Bridge. Is. So. Cool. It’s a pedestrian bridge over the Kura River (the one that runs through the middle of Tbilisi), and I’m sure it’s one of those things that everyone complained about when it was built because it’s modern and doesn’t match anything in the city. I don’t care about any of that. All I care about is the lighting. THE LIGHTING. I was losing my mind and no one else seemed even remotely excited or impressed. Apparently, there are four different lighting programs that change hourly, and if I had been there by myself, I might have stayed for four hours to see them all. There are lights in the canopy over the bridge AND in the glass handrail panels. I’ve never seen anything like those panels before… the LEDs were in a grid between two sheets of glass and looked totally seamless. It was like magic.

The program running when we were there was mesmerizing. The canopy was lit in white and red, making the Georgian flag, and the lights brightened and dimmed in waves. That was coordinated with the handrail lights which turned on and off in waves, so when you walk across, a wave of light shoots past you and fades into the distance. It was like something out of the future. Like I said, no one else’s excitement level was even close to mine. Bummer. I need to go back so I can stare at the lights again, this time unburdened by guilt from making people wait for me while I nerd out.

Our intended destination after the bridge was a restaurant, but our “no backtracking” rule had us going in all sorts of wrong directions (also because I wasn’t trying very hard at navigating. We’ve already talked about this – going the right way takes the fun out of everything). We popped into another church that we happened to pass (because why not?) and then made a last-minute turn into the Tbilisi History Museum. You usually have to pay to go in, but there happened to be a temporary modern art exhibition opening that night. We walked right in and got to experience the joys of modern art including amusing ourselves by pretending that normal things in the room were part of the exhibition. Tara and I spent a good five minutes scrutinizing an air conditioner and were thrilled when a woman came over and gave it a second look. Otherwise, it was pretty much par for the course on modern art. Some of it looked cool, some of it looked unfinished, and most of it looked weird.

By the time we made it to the restaurant, everyone was ready for a good nap. My feet wanted to fall off. I consider that the sign of an exploration day done right, so hooray for us! I slept VERY well that night.