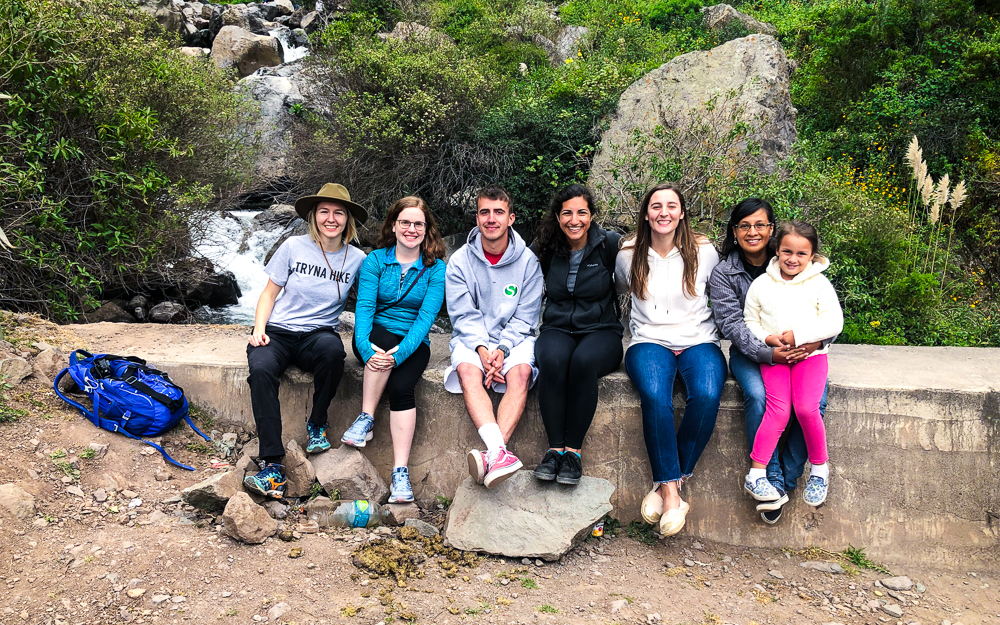 Now that you’ve seen the final building pictures, you’re probably thinking that we’re finished with Peru and Esperanza de Ana and ready to move on to the next thing, right? Well, yes, we probably should be, but I realized while writing about our Ica weekend that there was another trip I briefly mentioned, said I would write about in more detail later… and then never did. *sigh* We’ll give last-year-Lara a break because she was a little overwhelmed, but now is the time to right that wrong and tell you about our Easter trip to Canta! (Hehehe better late than never, right?)

The week before Easter was a short one, and the break came at just the right time… approximately one second before I lost my mind or collapsed in a puddle of my own tears (to set the scene, I had only been in Peru for about a month and a half and was feeling the pressure of the work + unfamiliar working/living conditions + wrapping my head around having committed to a year in Peru when the first six weeks had already been a rough adjustment period). The major motivations for the weekend getaway were 1. Everyone else felt similarly exhausted and wanted to escape from EA for a few days, 2. We were sick of the brown desert-ness of Chilca and were craving green landscapes, and 3. Julie’s friend Kylie was visiting from the States, and there’s nothing like a guest to motivate action!

And so, a trip was inevitable. But, to where? One of the staff suggested Canta because it’s not too far away, but the mountains are green and there are outdoor activities. That was enough to sell me! Julie also convinced David and Dina, the two Peruvian missionaries at EA, to come with us, and besides adding more fun to the group, David can drive which saved us from the mess of navigating the public buses. Thank goodness. And so, we had quite the travel crew: Jocelyn, Julie, Kylie, Paul (the intern from the beginning of the year), David, Dina, Dina’s daughter, and me. Can you say “party”?

Canta is northeast of Lima, so we left at 5:15AM to avoid the horrible Lima traffic. Yuck. The good news is that it worked! The anticipated six-hour drive only took four! I can’t give all the credit to the lack of traffic, though. It’s also because David drives, well, fast. Even on windy mountain roads. Even in the 12-person EA van that’s poised to rust apart at any moment. BUT, we were so distracted by the sight of real mountains flecked with green that it almost didn’t matter that we all thought we might throw up with each turn and that I bounced off my seat and headfirst into the ceiling with each bump. As we got closer, the surroundings got greener, and we got more excited.

We made it to the hotel around 9:30AM, and everyone felt like we had already lived a whole day. I was sure it was 2PM. None of us felt capable of existing without a nap, so we all passed out and moaned and groaned when it was time to get up, only managing to do so because we were starving.

We piled in the car and drove down to Obrajillo, a small town in the valley nearby. It’s gorgeous! There are mountains all around, a river running through the center of town, a bunch of waterfalls… and approximately a bazillion Peruvians who were also escaping Lima for the long weekend. We saw no other non-Peruvians, but apparently, Canta is a hot vacation spot for people who live in Lima.

After we ate and felt semi-human again, the group decided to go horseback riding to a nearby waterfall. I decided that I didn’t want to ride a horse and instead opted to ride ATVs with David and Paul! There were only two ATVs, though, and when we asked if two of us could share, the woman said, “el joven y la chiquita pueden compartir.” The youth and the little girl can share. Little girl? 😂 Hey, I’ll take it.

Paul drove on the way there. The ATV rental man rode along with David and was very concerned that we were going to be reckless and fall off a cliff. “DESPACIO!” (Slowly!) was his constant call, and Paul mostly pretended he couldn’t hear/understand him. I think that the only speed slow enough for the ATV man to be assured of our safety was 0 mph.

The waterfall at the end, Cascada de Huamanmayo, was just a little thing, but I’m not hard to please. I thought it was great! There was a trail up to the waterfall from the road, and when we reached a point where the trail was flooded, we scrambled our way across the rocks in the river, doing various gymnastic maneuvers to get a closer look. It was kind of like a team-building challenge. We all worked together to strategize the best route and help each other across. I loved it. Also, the water was FREEZING, so there was plenty of motivation to stay dry.

When we’d had our fill, we headed back to our horses/ATVs. I got to drive on the way back! It was my first time driving an ATV, a fact of which Paul was apparently unaware until we were already on our way. Hehe. But I’m sure I did a fabulous job. And the ATV man was far behind us, so there was no one to cramp my style as I whipped around the corners. Kidding! Kind of… All that matters is, I didn’t fall over the edge, and I didn’t have any close calls. Nothing to worry about! Plus, we were wearing helmets (that would have been completely worthless had we fallen off the cliff), and I was totally a natural.

We hit some heavy traffic on the way back, something that became an ongoing theme during our trip. How is there traffic in the middle of nowhere? Well, when you have a single-lane, two-way road (as in, a single lane for both ways to share, not for each way) being used by cars, buses, horses, ATVs, and motorcycles, how could there NOT be traffic?

We were all tired after that mess but decided to walk across town to see one more waterfall, Cascada de Lucle, before heading back to Canta. This one is in a campsite, and it was so crowded that it was like a music festival campground but without the music. Definitely not the place to go to if you want to commune with nature for the weekend!

And yet, it was still absolutely beautiful. We walked uphill for a better view of the valley. So green! I didn’t realize how starved I was for green until we were surrounded by it and my heart was jumping for joy. It may sound stupid, but living in a brown wasteland takes a mental toll.

Finally, it started to get dark (I say “finally” because we spent the whole day just trying to survive until it was time to sleep again). We stopped for dinner at another generic restaurant on our way back to the hotel, and the power went out/came back like 12 times while we were there. Oh, the joys of rural living! I awed the group with the classic water bottle lantern trick (shine a phone flashlight up into a water bottle to diffuse the light). We unquestionably had the best-lit table in the restaurant. Mom and Dad will be happy to hear that I’m still putting that lighting design degree to good use!

From there, it was back to the hotel, and even though it was dark outside, it was only about 7:30PM… so we stayed awake for a few more hours and then completely crashed.