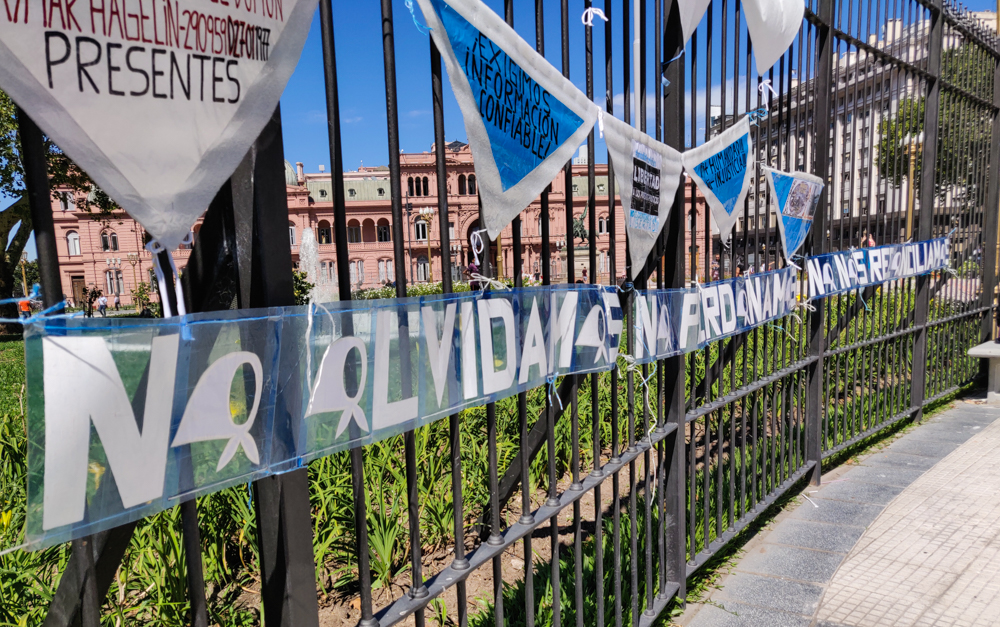 Last time, we talked about Argentina’s transformation from a land of indigenous tribes to a Spanish colony to an independent republic. It entered the 20th century in the middle of a very prosperous golden age. During WWI, it remained neutral which allowed it to export goods to countries on both sides of the conflict.

Unfortunately, in 1929, the global depression reached Argentina, and things took a downward turn. The president’s policies accelerated unemployment, and he was removed from office by a 1930 coup d’état, the first of SIX coups in the 20th century. The years after were filled with electoral fraud, persecution and execution of the opposition, and general government corruption. Abroad, WWII was brewing, and Argentina did its best to stay neutral again, mostly for strategic reasons as it was a major food supplier to Great Britain, and joining the Allies would put its cargo ships at risk. Due to mounting international pressure, Argentina did declare war on the Axis powers in 1944, though the majority of citizens supported continued neutrality.

A 1943 military coup brought in a new era. Various leaders took power over the following years, the most influential of whom was Juan Domingo Perón. He was appointed Minister of Labor after the coup which helped to build his popularity with the lower class. He used his position to strengthen unions, raise the minimum wage, and improve working conditions. After he was elected president in 1946, he became a dictator, increasing the powers of the president, censoring the media, appointing friends as advisors, and imprisoning rivals… but also working towards economic independence and for social justice. His wife, Eva, was very popular with the working class as well and led a great deal of charitable work to their benefit. Together, they were a political power couple. During his presidency, there were improvements in infrastructure, education, and social programs… and with that came increased spending and national debt. The peso’s value plummeted.

Perón’s presidency had a rough end. Eva died from cancer in 1952. A coup removed Juan from office and forced him into exile in 1955. For 20 years, the leadership was primarily unstable military dictatorships. The people were dissatisfied, the government weak and unreliable. There were two more coups.

In 1973, Juan Perón was once again elected president and came out of exile. This time, his goal was political peace, and he worked to promote harmony and rebuild the country with his new wife, Isabel, as vice president. After only a year, he died in office from a heart attack, leaving Isabel as president and grossly unprepared for the job. After an economic collapse, she lost the people’s confidence and, in 1976, was removed by the sixth military coup in 50 years.

This began the final military dictatorship with a government that sought to destroy the populism that developed under Perón by whatever means. The subsequent years became known as the Dirty War. Anyone suspected of holding contrary views was an enemy, and over seven years, 9000 – 30000 people disappeared. The numbers are so uncertain because no lists of those arrested have been found. Many of them were young, from high school age to young professionals. They vanished without a trace, taken from their homes at night. They were held in concentration camps, tortured, raped, and murdered. Many were killed by being thrown out of planes over the Atlantic. Despite knowing full well what was happening, the US sent millions of dollars in aid to the provisional government during this period. Later, it was also discovered that an estimated 500 babies were kidnapped from prisoners and given to military families.

Starting in 1977, mothers of “los desaparecidos” (the disappeared) marched weekly around the main plaza in protest, demanding to know the fates of their children. By walking instead of standing in protest, they avoided breaking laws against congregating. At first, they were largely ignored by police, seen as a harmless group of old women. However, in 1978, they managed to spread awareness of their plight when the World Cup came to Argentina and brought international journalists with it.

The dictatorship finally ended in 1983, but it took years for justice to truly be served. At first, the new president, Raúl Alfonsín, aggressively investigated the military government and quickly put the leadership on trial for their crimes. He also decreased general government corruption by half. However, fearing justice, the military threatened another coup unless Alfonsín pardoned them. He gave in to their demands to preserve democracy, signing a law that he disagreed with and that was unpopular with the people, and granted amnesty to all others involved in the Dirty War crimes.

In 2005, the amnesty laws were finally revoked, and investigations resumed. The Grandmothers and Mothers of the Plaza de Mayo never stopped protesting, and they continue to march every Thursday to raise awareness, demand answers and justice that still have not come, and keep the memories of their children alive. The Grandmothers of the Plaza de Mayo encourage people born during this time period to get DNA tested to learn if they were among the kidnapped.

Otherwise, the major issue remained Argentina’s economy. The next president, Carlos Menem, privatized many industries made public during Perón’s presidency. Despite efforts to get the government debt under control, the economy collapsed in 1999, and Argentina entered another depression. The peso was incredibly devalued. People panicked and tried to withdraw all of their money from banks until withdrawals had to be limited. By mid-2002, the peso was at 25% of its former value.

Finally, things started to take a turn for the better. President Eduardo Duhalde appointed Roberto Lavagna, a moderate economist, as Minister of Economy. Lavagna’s reforms brought inflation under control, and in 2003, with the economy on an upswing, the president deemed his work complete and called for elections.

Since then, the economy has continued to have ups and downs. The peso’s value is still constantly in flux, to the point where prices are sometimes listed in US dollars (especially for tourist-type things) to avoid having to change them all the time. I don’t know enough about economics to really understand what’s happening, but the short version is that the economy is still a bit of a mess.

Final fun fact – President Néstor Kirchner was elected in 2003 and his wife, Cristina Fernández de Kirchner, was elected after him in 2007. I don’t have much more to say about them… I just think it’s interesting that there have been multiple husband-wife duos involved in the leadership of Argentina.

And there you have it! The (very abridged) history of Argentina, from the 1400s to now. Is your head spinning? My head is spinning. Next time I promise more pictures! But context is always good for helping to understand a country. When we meet again, be ready to explore Buenos Aires!