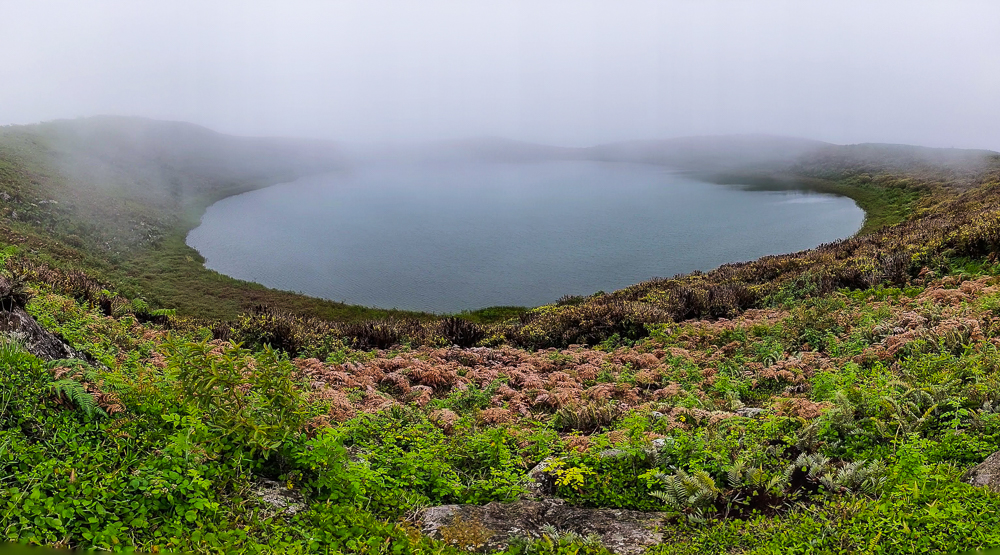 Following our two days of full-day tours, we “took it easy” with a “free” day that ended up being one of the most exhausting of all. We didn’t have an official tour scheduled, but that doesn’t mean we didn’t have any plans. We hired a taxi driver to drive us around the island, doing the classic “highlands tour” circuit that goes from end-to-end on the island’s one major road.

We started in Puerto Baquerizo Moreno, then visited the Galapaguera de Cerro Colorado (tortoise reserve and breeding center), Puerto Chino (one of the many “world’s most beautiful” beaches), Laguna El Junco (lake), and finally stopped at the island’s oldest ceiba tree/treehouse before heading back to town where we had some other adventures on foot. Like I said, it was quite the day.

Let’s not get ahead of ourselves, though! Our first stop was the Galapaguera, a tortoise reserve that was opened in 2003 to help rebuild the island’s tortoise population. There were originally 15 subspecies of Galapagos tortoise. Four of those are extinct, and all of them are endangered, mostly due to human activities. During the pirating/whaling days, it’s estimated that 100,000-200,000 tortoises were taken and killed for their meat and oil. In addition, non-native species were introduced that hindered repopulation. Rats, pigs, snakes, and army ants eat eggs and threaten hatchlings (as do some of the native birds). Goats and other large mammals compete with them for food.

One of the things that saved many of these tortoise subspecies is their longevity. They live an average of 100 years with the oldest recorded living to 152! This meant that even with the many repopulation challenges, only a few tortoises needed to survive to make conservation efforts possible. Many of the islands now have tortoise reserves and breeding centers which aim to grow the tortoise populations by giving them safe places to mate and grow and eventually releasing many of them into the wild.

In the breeding centers, park rangers collect the tortoise eggs and simulate normal conditions while also protecting them from predators. They incubate the eggs, and after the tortoises hatch, they are kept in growing pens for their first few years of life to further protect them while their shells are still soft. After this vulnerable period, there are virtually no predator risks for the tortoises, and survival is just a matter of finding enough food. The amazing thing, though, is that they can survive for up to a year without eating or drinking! They have a slow metabolism, and they spend more time resting when there isn’t enough food. They also can store water internally for long periods, so they’ll drink a lot when they have access to fresh water and save it for later. (This is actually part of the reason why they were so desirable on ships because they could survive in the ship’s hold without needing food or water, allowing the sailors to have fresh meat at sea with little effort.)

We were lucky to arrive at the reserve just in time for feeding! The tortoises are fed twice each week, and the rest of the time, they fend for themselves by eating plants around the sanctuary. Usually, the tortoises are wandering around and you may or may not see many of them, but since it was feeding time, we saw them all! It was really interesting to watch them interact with one another.

This video shows a tortoise “fight”. The dominant tortoise is generally the one that can stretch out its head to be tallest, and you can see that happen in this interaction. Tortoises generally don’t make noise, so it’s just a silent challenge, silent fight, and silent retreat (well, aside from my uncle’s narration hehehe).

While we’re at it, here’s one more video showing a tiny tortoise stuck on its back. Some of his friends tried to give him a hand, but ultimately, one of the employees came and flipped him back over.

After we were satisfied, we loaded back into the taxi and headed for Puerto Chino. It’s another SUPER BEAUTIFUL beach, supposedly one of the most beautiful in the islands, but I don’t know. They’re all kind of the same and all very pretty. We weren’t planning to go swimming, so I spent my time practicing taking pictures of sea lions, lava lizards, and this pretty yellow bird that kept flitting around.

From there, we headed to Laguna El Junco, a volcanic crater lake that’s one of the only permanent freshwater supplies in the islands. Now, this goes back to what I mentioned in a previous post about the crazy diversity of landscapes on a single island. The lake is at 700m above sea level, putting it in the “highlands” category which means it’s green and damp and can be foggy while the coasts are simultaneously clear and dry. So even though the weather was beautiful in town, it was VERY foggy at the lake. Even so, we hiked up to see what we could make out through the fog.

At first, nothing. We couldn’t even see across to the other side! But the wind kept the fog moving, and we were lucky to get a few moments of decent visibility. The lake is about 300m wide, and it’s filled by rainwater. Birds like to swoop around and use the water to clean the salt out of their feathers. It felt like we’d stepped into another world! I was happy enough with being able to see the opposite side of the lake, but on a clear day, they say you can see nearly the entire island as you walk around the rim of the crater!

We made one last stop on the way back to town, in the tiny settlement of El Progreso. This is the oldest surviving settlement in the Galapagos, and if you recall from the history post, it has a horrible past. It was a penal colony, and eventually, this guy named Manuel Cobos turned it into a sugar mill. He started treating the workers like slaves, and they ultimately killed him for his cruelty. Now, about 500 people live in town, and it’s also the home of the islands’ oldest ceiba tree! Ceiba trees aren’t native to the islands, but it’s assumed that this one was planted by some of the earliest visitors. It’s said to be ~300 years old which is possible but maybe unlikely because the first settlement attempt wasn’t until the 1830s. But who knows? It is monstrous: 131 ft tall (40m) with a 61ft circumference (19m).

The tree is interesting enough just in itself, but it also features a treehouse! And it’s not your average built-by-a-kid treehouse. You can actually rent it overnight, and there’s electricity and wifi (the two most important things, of course), a loft with two beds, a kitchen, and a functioning bathroom (including a shower!). Craziness. And underneath the tree, there’s an underground room where I lasted about a minute before I started thinking about the fact that we were underneath a tree, and if the room collapsed, we’d be dead. So that wasn’t exactly my favorite part, but it was still cool.

That was the end of the highlands tour, but like I said, it wasn’t the end of our day! After the taxi driver dropped us off back in town, we walked to the Interpretation Center which has a bunch of information about the islands: how they were formed, their human history, the ecosystems and flora and fauna. It’s actually where I got nearly all of the content for my Galapagos History post.

From there, we walked up a nearby hill, Cerro Tijeretas, where you can get nice views of the town and other parts of the island. You can even see Kicker Rock from there! It overlooks a pretty snorkeling spot, and there are a lot of frigatebirds flying around because there’s a colony that nests nearby. 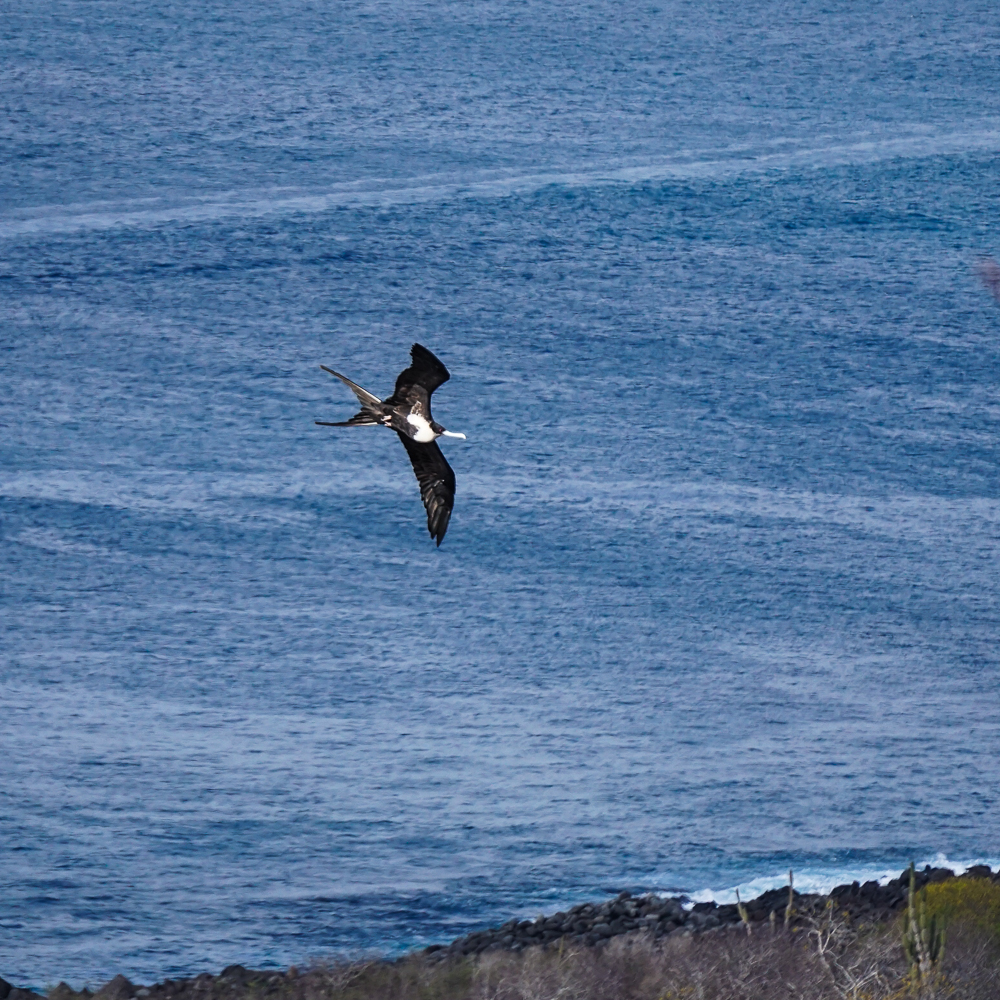 We also popped into a couple of beaches along the way, Playa Punta Carola and Playa Mann. They were fairly crowded because they’re public beaches close to town (especially Playa Mann). I guess if you’re looking for a beach vacation, that’s where you’d go? But I don’t think I’d recommend going to the Galapagos if you’re interested in just chilling on a beach. Save that for a less interesting place. 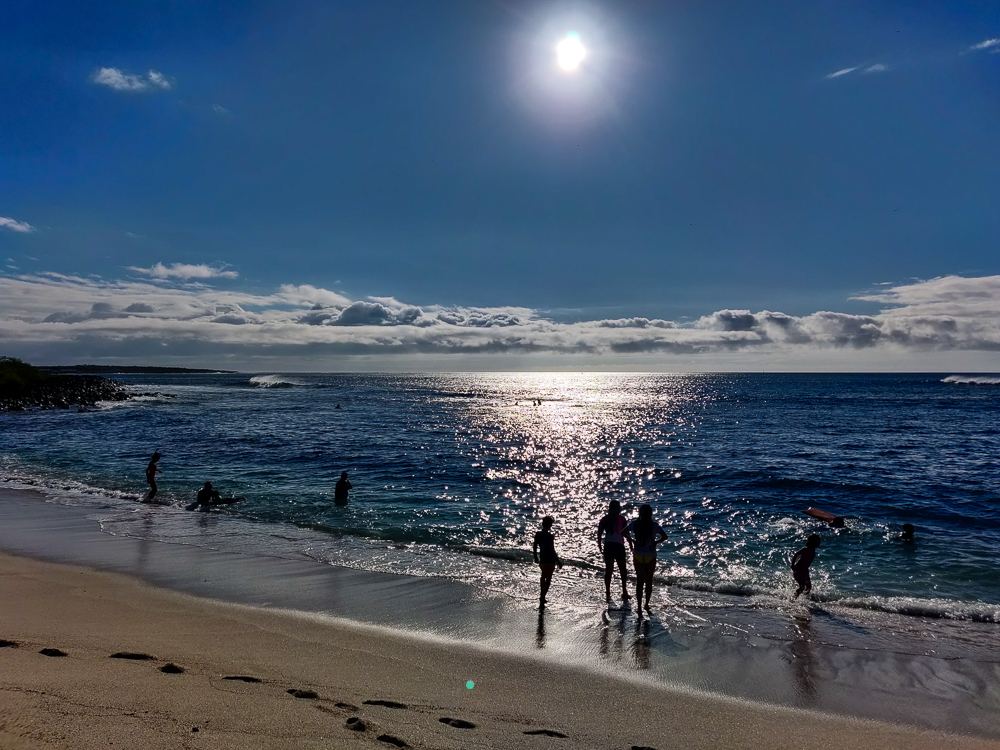 I was ready to collapse at this point, but my uncle really wanted to go to ANOTHER beach, Playa Lobería, to watch the sunset. We grabbed a taxi and got there only a few minutes before the beach closed, but that was enough time to look at some adorable little sea lion babies and take a few pictures of the sunset. After THAT, I really was toast. We got some dinner before heading back to our apartment, and I feel confident in saying that everyone slept like a rock that night.

Kicker Rock – experience another side of San Cristobal and snorkel in the open ocean!

Zakopane – while we’re talking about lakes, go for a hike in Zakopane, Poland to one of the prettiest lakes I’ve ever seen!